Australia needs to embrace startups or get left behind: 2015 Crossroads report 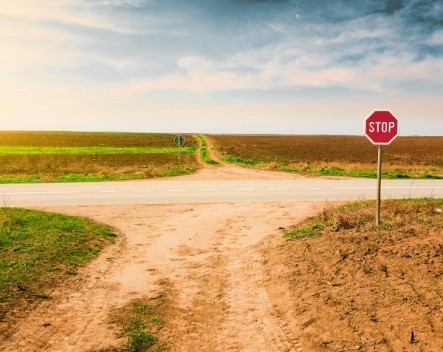 Australia has been given a direct warning in the latest StartupAus report: embrace startups or be left behind by the rest of the world.

While several new venture capital funds and co-working spaces were created last year, the second Crossroads report says Australia is at risk of falling behind the rest of the world if the right measures aren’t put in place to support innovation.

Australian-born entrepreneur Adrian Turner, who founded Mocana Corporation and the Borondi Group, says in the report’s foreword that industries that account for almost a third of Australia’s GDP are currently “in the line of fire” when it comes to technological disruption.

“It sounds alarmist, but it’s not,” he says.

“It is reality. The choices we make right now will affect our generation and the ones to come. They will define our prosperity and place in the world.”

Jana Matthews, StartupAus board member and director of the Centre for Business Growth at the University of South Australia, told StartupSmart there is not enough support for tech startups and there is “a whole system of problems” Australia as a country has to address.

“We need more emphasis on people learning science, technology and maths,” she says.

“That’s the basis on which you would have the concept which would become a tech company. We need more people who understand how to start a company but also how to grow a company. I think we’re making small progress in that it’s OK to fail, so that’s still a part of the Australian psyche, but I think there’s more acceptance of starting, failing, pivoting and trying again.”

Matthews says what strikes her most about the Australian economy is how we seem to have put all our eggs in the one basket.

“We think of ourselves in the top sector of developed nations but in the last report we were 53rd – we’re now below 70 in diversity, which means we’re way to focused on one or two sectors at the expense of growing other sectors,” she says.

“In business, it’s very dangerous to have just a few very large customers if any one of them fall over. We’re trying to figure out how to diversify the economy, and one of the reasons for focusing on tech is it’s not just part of the knowledge economy, but as tech companies grow rapidly they create jobs very fast.”

Matthews says Adelaide-based software company Makers Empire is a good example. While it is only about 12 months old, the startup now employs 11 people.

“That’s the kind of fast-growth job creation the nation needs,” she says.

“We’re not yelling wolf. This is a real issue for us we need to address now.”

The 2015 Crossroads report calls for the following measures to be put in place in order to secure Australia’s economic future:

1. The creation of a national innovation agency

2. An increase in the number of entrepreneurs

3. An improvement in the quality and quantity of entrepreneurship education

4. An increase in the number of people with ICT skills

6. An increase in the available of early-stage capital for startups

7. Action on legal and regulatory impediments

8. An increase in collaboration and international connectedness