Australia, the Valley of Robotics? 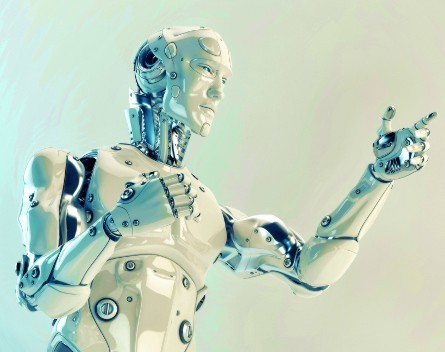 In Andreessen’s view, “There shouldn’t be 50 Silicon Valleys. Instead, there should be 50 different kinds of Silicon Valley. For example, there could be Biotech Valley, a Stem Cell Valley, a 3-D Printing Valley or a Drone Valley.”

As he noted, there are huge regulatory hurdles in many of these fields: “If a city wanted to spur innovation around drones, for instance, it might have to remove any local legal barriers to flying unnamed aircraft.”

We asked some of Australia’s most forward-thinking startup leaders about what kind of “valley” Australia could be?

“My take is that location is becoming irrelevant. Software that allows teams to work wherever they are is already disrupting programming and other areas of information workers. The next generation of great companies, WordPress and GitHub for example, are able to hire the best people because they don’t restrict them to being in suburban California and they can do that because of software.

“The notion of Silicon Valley will increasingly become a historical artefact of an era gone by. To requote Marc, software really is eating the world in this case.

“Considering both strategic growth areas, and leveraging some of Australia’s current strengths, the top two areas of choice would be Internet of Things/Automation/Robotics, and health. The next would be financial services and education.

“Internet of Things and robotics is a high growth area, Australia has the characteristics to drive the need, gain the insights, and trial with our market. We are spread over a wide geography, we are being driven with the necessity in mining and resources, agriculture and health. BHP and Rio are leading players working with driverless trucks, remote automation centres and robotics since 2008.

“In agriculture, we will benefit from remote sensors, tracking, climate change and farm-to-fork integrity, needs and growth areas we lead with, shared by the rest of the world. In health, we have a growing and aged care health issue across a widely geographically distributed area, and for in home care of the elderly, more than 50% of costs of caring for them are spent on physical transport to reach them. These are all areas of increasing need, early leadership, a strong test market and a broader regional and global trend. Multiple early projects and cases are underway in Australia.

“Health and medical is another key area of choice. Our needs and population provide a local market reflecting a need across the rest of the world. Australia has a trusted brand and successes in areas such as Cochlear, IVF, and a range of Nobel recognitions in ulcers. The recently announced $20bn in the budget for health and medical research should seed innovation. A range of collaborations and research initiatives exist in Australia now.”

“Australia could be the crowdsourcing valley. Take a look at what’s out there already – Kaggle, DesignCrowd, Freelancer, Airtasker and BugCrowd. Australia has an affinity for these kinds of disruptive businesses, so how can we support them?

“It is interesting to note the Victorian government’s approach to the rollout of UberX, compared to its success globally. What are we scared of? This kind of disruptive business creates a higher quality of product/service for the consumer, so we’ve got to get more flexible as these new opportunities arise.

“Regarding government support programs for the innovation section, the approach tends to be scattered. What’s interesting is that each of these examples Marc has outlined has a clear focus. So whether its crowdsourcing, SaaS, medical devices, drug discovery – a clear focus is required.”

“The recent budget suggests Australia should be the medical research valley….not such a crazy idea given the scientific talent we have here (although we need to retain the best and brightest) and commercialisation.

“I believe the future ideas are going to focus more on addressing challenges in emerging markets, one of these being food security.

“In my opinion agricultural technology is going to become increasingly important and Australia is well positioned to be world leaders here (given more than 50% of our land mass is agricultural).”

‘What factors lead to a ‘valley’? – universities, educated/experienced talent, established companies, customers, support ecosystems (sales, finance, legal, HR etc). Aggregating these in one area becomes a magnet for talent and startups, the other institutions then become interested and the cycle becomes self-propagating.

“All Australian industry needs to embrace risk taking and entrepreneurship and make it easier to access on a much broader basis rather than the siloed approach that is evident today. My worry is that we push isolationism in the start up world and unless we are seen as a key part of the normal business cycle we will stay niche or have the rare success of a SEEK, Atlassian, BigCommerce, 99 Designs etc

“It’s hard to predict what this area of expertise may be. In the meantime, we must create the environment for these clusters to happen – a friendly regulatory environment for investment, R&D and remuneration, active interest from enterprise and superfunds, quality infrastructure, investment in education and support for sensational founders.”