Australian downloaders take heart: Canadians have been in the same boat for three years 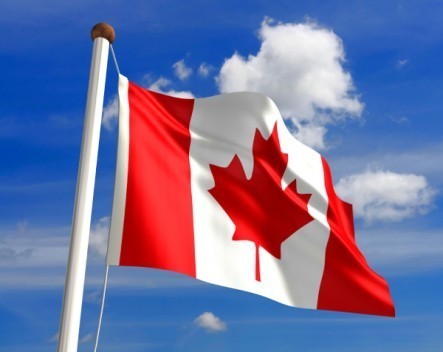 Despite the rhetoric coming from Voltage Pictures, they are nowhere near sending letters to anyone in Australia about their alleged downloading of the movie Dallas Buyers Club last year.

Australians whose names may potentially be released by a group of ISPs are in a very similar situation to 2,000 Canadians who are also potentially being sent letters by Voltage Pictures. In the case in Canada, Voltage Pictures used the same tactics as it is using with the Australian case. That time, it was for people using BitTorrent to download the movie “The Hurt Locker”.

As in Australia, Voltage Pictures decided to pick on a smaller ISP and in 2012 took Canadian ISP TekSavvy to court to obtain the IP addresses of the people they had identified as being involved in torrenting The Hurt Locker. The legal wrangles between TekSavvy and Voltage Pictures are still going on with the argument shifting to one about legal and administrative costs in complying with the demand of matching IP addresses with names and addresses of subscribers.

Three years later, letters still haven’t been sent out but Voltage Pictures are still keeping up the threats that the liabilities of individual downloaders could be unlimited. As with the Australian case, any letters sent to the alleged infringers will need to be checked by the court and it is not clear what position they will take on any language that suggests “speculative invoicing”.

The other term being used to describe what Voltage Pictures is doing with their global litigation is “copyright trolling”. It is clear that Voltage have developed the model for this over the past few years and are testing the legal waters in different countries to see where they are able to have the biggest return. It started by trying to litigate as a consolidated lawsuit against 615 individuals in Oregon in the US. This was rejected and so it in turn resorted to trying to take just 6 individuals to court last year.

Copyright trolling only works if you can keep costs down and generate as much fear as possible to incentivise people not to contest the threat of unlimited penalties for the certainty of a known cost. The amounts quoted are explicitly designed to maximise the likelihood of someone deciding to pay rather than risk an unknown future penalty, a phenomenom that is well known to behavourlal economists as “prospect theory.

The difficulty for Voltage Pictures in Canada and in Australia is that both courts involved have moved to try and prevent a blatant use of speculative invoicing. They have also both moved to increase the cost to Voltage of taking this action. Whatever happens, the lawyers in Australia are looking to see what will happen in Canada and vice versa.

The motivation for Voltage Pictures embarking on a course of raising money through litigation probably lies in the fact that they don’t make very much money from their movies. Even the ones nominated for, or winners of, Oscars like The Hurt Locker and Dallas Buyers Club haven’t been enough to cover the costs of the other, low budget movies it produces.

The man behind all of this is Voltage Pictures’ french producer Nicolas Chartier who has said that he is making fewer movies because it is getting harder to make money from them. To say that he is passionate in his hatred of downloaders is best revealed in an email he sent to someone who had written to him questioning the approach of suing downloaders:

“I’m glad you’re a moron who believes stealing is right. I hope your family and your kids end up in jail one day for stealing so maybe they can be taught the difference”

In an another interview though, the true motive of the potential financial gains to be had for going after infringers was shown in a quote concerning the downloads of Hurt Locker: “we had 8 million illegal downloads. Well, if everybody had given me one dollar, that would be 8 million dollars”.

In the meantime, Australians that are being made to feel like criminals should take heart in the knowledge that their country is not being singled out as a nation of evil doers. In that respect they are just like Canada, the USA, and every other country Voltage Pictures turns its attention to.