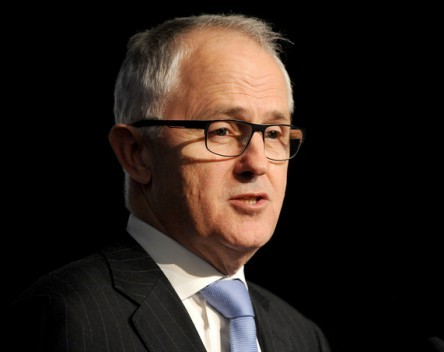 Malcolm Turnbull is considered to be the politician most supportive of startups despite a relatively grim view towards government assistance, according to the largest survey of the Australian startup ecosystem.

Of the more than 600 Australian startup founders that completed the 2015 Startup Muster survey, around 10% named Malcolm Turnbull as the politician who was most supportive of fast-growing tech companies.

Alex Greenwhich, the independent member for Sydney in the NSW state parliament, came in at second place with 2.9% of respondents indicating he was the politician most likely to be a startup’s best friend.

However, almost half of respondents – 45% to be precise – answered “none” when asked which politician has been particularly supportive of the startup industry, while 27% said they were unsure.

The most important thing government can do to support startups, according to respondents, is provide more funding and grants. The second most popular suggestion was to provide incentives to founders and investors – with implementing employee share scheme reforms also rating highly.

Murray Hurps, general manager of Fishburners and founder of the Startup Muster, told StartupSmart while he wasn’t surprised that Turnbull was the most recognised politician among participants he was surprised by how much he won by.

“That caused me to then go around and try to figure out why that’s the case – and it was mainly around them seeing him as a successful businessman and through that process understanding what was difficult for him and what he can do,” he says.

“It’s hard for startups to name politicians that have implemented any particular policy or campaign and I think that’s because startup founders are very busy people, are underfunded in Australia and are working hard to get something off the ground.”

Hurps says if anything, the findings of the survey represents an opportunity for politicians like Turnbull to showcase what they are doing to support the startup ecosystem – for example, helping to address the “huge shortage” of technical talent through curriculum changes.

“They have got the attention of the startup industry now,” he says.

“People doing amazing things should be recognised. There are some really powerful levers that government can pull in terms of incentivising founders and investors, attracting talent to the country and creating more talent locally. It’s the job of the industry to show they’re worthwhile.”

Minister for Communications Malcolm Turnbull said in a statement promoting innovation and boosting productivity was a priority for the Abbott government.

“We are improving the regulatory conditions that enable startups and tech companies to thrive,” he says.

“Part of this process has been unwinding changes to the tax treatment of employee share schemes that were introduced by the former government in 2009 and which effectively brought to a halt the use of such schemes for startup companies in Australia. We are also considering the introduction of smart laws to enable crowdfunding as has been done in comparable markets including the US, New Zealand, Canada, Israel and the UK.”

Alex Greenwich, meanwhile, says all levels of government need to “lift their game” when it comes to supporting digital entrepreneurship.

“The future growth of our economy will not be dug out of the ground, it will be found in the innovation sector,” he says.

“From education to immigration, governments need to do what it takes to support this vital sector.”