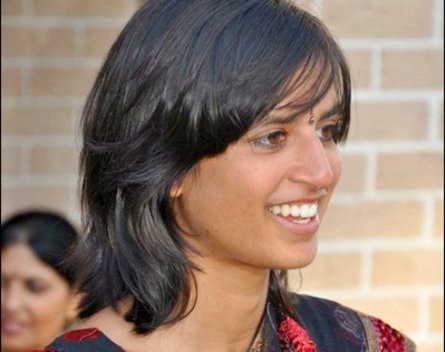 An Australian social entrepreneur will launch an advocacy group in India this month with a Kickstarter campaign to achieve the final funds required for the starting budget.

Deepa Gupta, the founder of Jhatkaa, says the densely populated nation of 1.2 billion people is ripe for an organisation that uses digital technology to harness the huge people power of India.

“Jhatkaa means to shake up. Our tagline is ‘purani soch ko jhatkaa do’. The literal translation of this means shake up old thinking,” Gupta says.

“We are trying to make people understand that sometimes it is good to accept change and let go of the old notions where people think that change can’t be brought into the existing picture.”

Gupta says many potential Indian activists have been struggling with disempowered attitudes.

“Enough of the ‘everything is okay’ or ‘we can’t change it, so we won’t try’ or ‘it’s our leaders fault’ attitude,” Gupta says, adding she’s confident leaders will take notice of the new organisation’s work.

“I feel that if something is put together properly with a reason and enough information to support your argument, people always tend to hear what you say.”

The organisation will demonstrate widespread support for political and social objectives and campaigns through petitions, stunts and lobbying.

“We have links to Avaaz (a leading international social action petition platform) and most major digital campaigning groups around the world,” Gupta says.

The organisation will be funded by donations.

“Our plan is to collect small donations from large numbers of our members who participate in campaigns. Initially we will rely on larger funding until we have a proof of concept, after which we will transition into large scale small incremental donations,” she says.

Once the funds are raised, Gupta says Jhatkaa will launch its first campaign, which will probably be around demanding a better response to the devastating floods along the Ganga River in Uttarakhand or about respect and safety for women after the notorious gang rape on a bus in Delhi of a woman who later died.

“Our campaign model is a largely reactive one, so it’s hard to say well in advance. It really is hard to predict what will succeed and what won’t. It’s the unique opportunity in our model too,” Gupta says.

“We test and see what works, instead of try and predict it and stick to something that isn’t working.”

Gupta says developing the organisation has been hard but rewarding. She plans to expand the team to include 10 fundraising team members if everything goes according to plan.