Australian VCs want super funds to invest in startups, but the answer is not government regulation 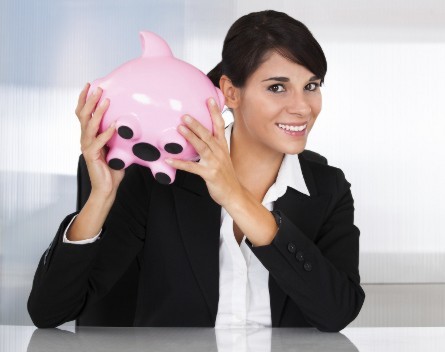 The startup ecosystem needs to prove itself before accessing capital from super funds, according to the head of Australia’s peak body for the superannuation industry.

Pauline Vamos, the chief executive of the Association of Superannuation Funds of Australia, told The Australian Financial Review venture capital funds need to have a more established track record before super funds would allocate money for tech-focused investments.

“Experience has shown people running VC organisations earn more than those who have invested in it,” she said.

“Funds are very careful. If funds cannot see if they’re a good long-term investment they will not invest.”

This view is reinforced by those in the venture capital sector, with Yasser El-Ansary – chief executive of the Australian Private Equity and Venture Capital Association – telling StartupSmart he does not think there should be any legislation requiring super funds to invest in any asset class or particular industry.

“I think allocations should be made on the basis of there being a strong commercial proposition on offer to super fund members,” he says.

“My view is that right at the moment, most of the boxes are being ticked around that compelling proposition – the one that we need to work on further is building the scale of the domestic industry. Once we do that, there should be nothing holding back super funds from putting more money to work with Australian venture funds to enable them to go out and back our best and brightest entrepreneurs.”

El-Ansary says in the short to medium-term, there is an opportunity for more money to be invested into venture capital through self-managed super funds.

Rick Baker, managing director of Blackbird Ventures, agrees that there shouldn’t be a mandate for super funds to invest in venture capital.

“In the past, the Australian superannuation funds have invested hundreds of millions of dollars into the Australian VC industry with little to show for it yet,” he says.

“So the Australian venture community has to earn back their trust. We need to convince the superannuation fund managers that we can produce returns commensurate with the risk and illiquidity that venture capital requires.”

Dr Elaine Stead, investment director for Blue Sky Venture Capital, told StartupSmart she would definitely like to see superannuation funds invest more in Australian venture capital but argues it is “dangerous territory” to propose government legislation to this effect.

“Superannuation funds need to have the ability to allocate and invest in the best performing investments to deliver the best returns for members,” she says.

Stead says the venture capital sector is still relatively “small and immature” in Australia and it will take time to develop a track record – with the major barriers being the performance of VC funds and their size.

“Superannuation funds are not charities, I know I want my superannuation fund to make investments in the best performing [areas] on my behalf and Australian venture capital needs to stand on its own two feet to justify that investment,” she says.

“Secondly, with good performance, Australian VC funds will be able to raise larger funds over time which will then bring them to a critical size to enable superannuation funds to invest.”

Venture capital and later stage private equity investments decreased overall in the 2013-14 period, according to the Australian Bureau of Statistics. As of 30 June 2014, investors had $18,514 million committed to investment vehicles, down 6% from the previous year.

The Association of Superannuation Funds of Australia was contacted for comment.