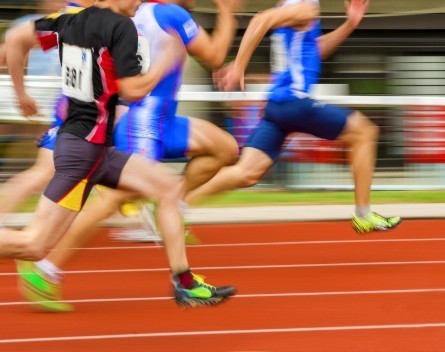 Internationally Australia is recognised as a sports leader, and there’s an opportunity to use that reputation to help create a thriving sports technology industry, according to the Australian Sports Technology Network executive director Craig Hill.

“Looking at the journey we’ve been on the last three years, the ASTN and the sports technology industry didn’t exist,” he says.

Hill says after the network had been established, it was fortunate to receive the support of industry and political figures, such as former Labor sports minister Kate Lundy.

“Six months after that we were very fortunate that Kate Lundy, who was the sports minister at the time, could see the advantage of creating an industry that leveraged off our global competitive advantage in sport: a new industry around ICT, manufacturing, and biotechnology.”

A startup itself, the ASTN has had its fair share of hardships since creation. It looked like it was about to secure a $12 million investment, through a federal government industry program. However, a change of government saw that investment vanish.

“It was very, very exciting at the time, unfortunately after a change of government, caretaker periods, etc, that amounted to nothing,” Hill says.

“We’ve certainly been on a roller coaster ride the last two and half years.

“We forged ahead and developed a number of really exciting partnerships.”

Despite that setback, Hill says the ASTN is still very excited about the potential of the industry.

“Developing what’s called a cluster of innovation, where you’re not a vertical you’re bringing all the key stakeholders together to create an industry and add value to what each of those organisations are doing.

“That’s essentially what the ATSN has done and it’s been part of its vision since day one.”

The ASTN has been bringing together key stakeholders: startups, SMEs, manufacturers, the government and investors in an attempt to kick-start the industry.

“We continue to grow and nurture and are seeing increasing collaboration right across those key players,” Hill says.

“You look at some of the leading industries and countries around the world, they have very strong clusters of innovation and we see ourselves building one in this capacity.”