Bandaids on broadband – Has Turnbull got what it takes to fix the NBN? 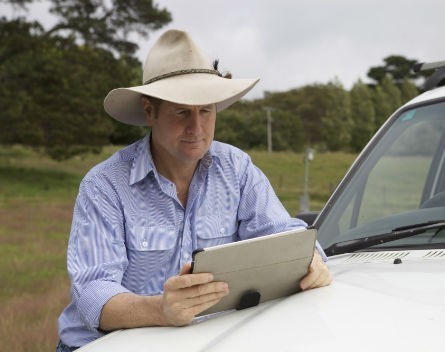 The rules around the NBN have moved rapidly over Christmas.

On December 14th, the Minister for Communications, Malcolm Turnbull, released new rules requiring all providers of high-speed broadband services to be vertically separated. These rules were aimed at TPG, which was rolling out fibre-to-the-basement (FTTB) in urban apartment buildings. FTTB would compete against the NBN and potentially undermine the ability of the NBN to use high city prices to subsidise the bush.

The new license conditions had their effect. They stopped TPG, at least temporarily.

Fortunately, the Carrier License Conditions were only part of the reforms. The government is also moving to free up the NBN by allowing for regulated price caps rather than fixed prices. This means the NBN will be able to drop its price to match competition when it needs to do so. But it is prevented from recovering the lost revenues by raising prices elsewhere. The price cap stops that.

But the biggest potential reform is making transparent the cross subsidy that is current hidden in the NBN uniform pricing. This means that all high speed broadband providers in urban Australia, whether the NBN, TPG, Telstra or someone else, will pay their fair share of the contribution to broadband in the bush. As Turnbull notes:

“Having a transparent levy to cover the massive subsidy to the bush (via the fixed wireless and satellite services) does NOT increase the cost of the NBN – it simply makes transparent and explicit what had previously been hidden in its prices. Such an approach would, however, ensure competing broadband suppliers make a contribution to the subsidised services in the bush too.”

The levy would, on Turnbull’s numbers, be about “$6.70 per user per month for every city customer”.

Overall, as I have argued before, making the cross subsidy transparent is a good thing. Indeed, I would prefer the government to go further and to explicitly fund broadband to the bush through general tax revenue.

However, a transparent levy is a good compromise. It ensures the long-term viability of high-quality internet to the bush. But, as I discuss on Crosstalk, before we get too excited a key question needs to be addressed. How will the levy be set and who will set it?

There are two ways forward for the government. The good way is ‘set and forget’. The levy is set at $6.70, CPI adjusted for each urban customer. The levy does not change depending on whether the NBN roll out is well managed, runs over or under budget, or anything else. It may or may not cover the full actual cost of broadband to the bush. If it raises more money than needed, great. The government gets a bit more revenue. If it falls under budget, then NBNCo will need to explain why to the Federal government. And the government will bear the risk.

The alternative is to try to set a regulated levy to ‘correctly’ recover the cost of broadband to the bush. This approach is costly and doomed to failure.

Under this alternative approach, a regulator, such as the ACCC, would carry out an investigation into the ‘true cost’ of ‘efficiently providing’ high speed internet access in the bush. The inquiry would be held every three or five years, and set the levy until the next inquiry. The inquiry would involve submissions, public forums and would require elaborate economic and engineering modelling. There would be esoteric arguments about the cost of capital, appropriate depreciation and forecasts of demand. Lawyers would be called in to determine the exact meaning of relevant words and to debate the alternatives. Any decision would need an appeals process to ensure a fair outcome.

The regulatory approach would be expensive. Each inquiry would take around 12 to 18 months to complete. Appeals would add on at least another year to the process. By the time a final decision on the levy is made it would just about be time to start the process again. It would make some economists, engineers and lawyers rich. But the end result would be little better than a guess.

How do I know that a regulatory approach would lead to such a mess? Because that is where we have been for the past twenty years. The NBN is meant to break the regulatory cycle that kept Telstra and the ACCC (and before it, AUSTEL) at loggerheads.

So two cheers for Turnbull. It is a sensible and brave political move to float the idea of a transparent levy for broadband to the bush.

But I will hold back the third cheer until we see how the levy is to be determined.