Benign and powerful: the contradictory language of metadata retention 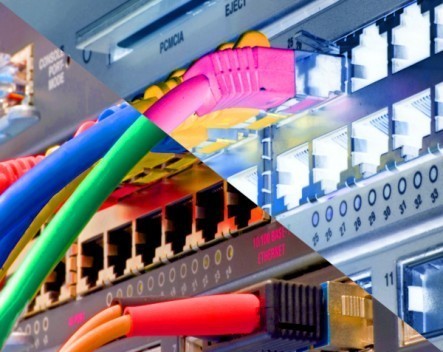 Metadata – information about other information – is a focus of major debate in Australia, specifically whether the government’s mandatory retention of metadata is justified or not.

On Friday February 27, the Parliamentary Joint Committee on Intelligence and Security tabled its report on reforms of Australia’s National Security Legislation.

In the public conversation that is occurring around mandatory retention, we should pay attention to how the laws and metadata are being described.

The danger is that, without scrutiny, these reforms and the future use of metadata will encourage use in ways that pay no regard to its impacts on the population at large. At the core of the concern is that metadata is understood simultaneously as something both benign and powerful.

In public debate, metadata is often portrayed as something normal and familiar, totally benign, while simultaneously being a powerful weapon, fundamental to the future of law enforcement and our national security.

More than mere inconsistency, these “rhetorical contradictions” are used to convince us that we needn’t worry about retention and use of metadata, but at the same time is absolutely necessary for our individual and national security.

As a way of convincing us to accept something new, a rhetorical contradiction works like this: it describes something new as two things at once, and both are desirable.

The problem is that such contradictions can lead to misuse. Once called to our attention, we’ll no doubt see frequent examples of this as both sides of government and others talk about the need (or lack thereof) for mandatory metadata retention.

For a recent example, we need look no further than the prime minister’s comments about the retention of metadata from Wednesday February 18:

On this, metadata is benign, the same as information that you’d find on a the outside of a letter, which is ostensibly already publicly visible. Obviously this is something that doesn’t bother us in the slightest.

However, the prime minister’s “old fashioned metaphor” was preceded by this:

[…] if we want to combat crime, we need this legislation and if we don’t get it, it will be a form of unilateral disarmament in the face of criminals and the price of that is very, very high indeed.

Here metadata is described as a powerful weapon, absolutely essential in the fight against crime. So powerful is metadata that without it we’ll be “disarming” ourselves, leaving ourselves vulnerable to criminal attack. Metadata is presented as something both benign and powerful, nothing to worry about and a weapon: a rhetorical contradiction.

The rhetorical motivations are obvious. We are to be both nonplussed by the retention and use of metadata: it’s the same as an ordinary envelope; we should be deeply concerned about not having it; we’d be weaponless in the face of implacable enemies. In short, we should accept the changes because they’re both benign and powerful.

Such ambivalence is a common tool to convince people to accept things like technological change. Philosopher Robert Sparrow has written about these sorts of rhetorical contradictions where people talk enthusiastically about new technologies, such as nanotechnology: new technologies are often sold as both familiar and revolutionary.

The deeper point here is not that metadata is necessarily good or bad, or that we should outright reject or simply accept its retention and use. Nor even to find fault with the prime minister for his own contradictions. Rather as Robert argues with new technologies:

An increased awareness of these rhetorical contradictions may allow us to better assess the likely impact and future of […] technology.

Similarly, if we are to properly assess what impacts the new metadata retention laws will have on us, the fact that we can recognise rhetorical contradictions should motivate us to reflect a little deeper on reasons for accepting changes to the law.

Metadata can indeed be a powerful tool in law enforcement, and ought to be recognised as such. The danger of describing it as both benign and powerful is that those who write the laws and those who ultimately use it will treat it as necessary to use whenever possible, but because it is benign, can be used without the care and concern that it warrants.