BEST OF THE WEB: A Google master class; a mission to mars; and it’s not the maths stupid 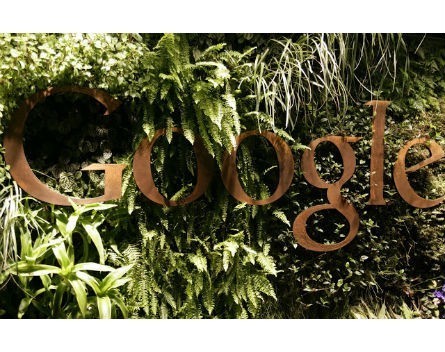 Google needs to be understood, writes Steven Levy on Medium, as part of a “master class” he is doing on Google.

“Google isn’t the biggest corporation on Earth, but is arguably the most important. Certainly, if one is to understand the 21st Century and the impact of technology and the Internet on our personal, professional and civic lives, Google is the single company that must be understood.”

While we are all likely to know the basics of how Google came to be, Levy argues that “expert knowledge is a little harder to come by,” so he sets up a chat with executive chair Eric Schmidt and Jonathan Rosenberg, an adviser to current CEO Larry Page.

The Q&A between them becomes a fascinating insight into who pulls the strings at Google (I won’t say who, but do have a read), and how they come to make some big decisions. Levy is certainly unrelenting in his line of inquiry.

Levy’s first master class session deals with “China, the Troika that once ruled Google but may not anymore, and the famous ‘Don’t Be Evil’ motto.”

We learn that Schmidt is quite comfortable with Google’s decision to enter China, where it censored search results, believing that China was better with Google than without it. But the real revelations come around their decision to leave China.

“The situation did worsen. And then [after Google was hacked] there was the meeting on Sunday [January 10, 2010, when Google decided its future course in China]. I knew when I entered that meeting that we were going pull out.”

The mission to Mars

“Fuck Earth!’ Elon Musk said to me, laughing. ‘Who cares about Earth?’”

And so begins Ross Andersen’s interview with Elon Musk on his mission to get people on Mars.

Fear not, Musk loves Earth, we’re told; he just loves telling jokes and saying things to surprise you. But this is the man who wants to replace the world’s cars with electric vehicles and colonise Mars with SpaceX, so any lack of surprises, might be most surprising.

Musk wants to go to Mars as “extinction insurance”.

“At our current rate of technological growth, humanity is on a path to be godlike in its capabilities,” Musk tells the author.

“You could bicycle to Alpha Centauri in a few hundred thousand years, and that’s nothing on an evolutionary scale. If an advanced civilisation existed at any place in this galaxy, at any point in the past 13.8 billion years, why isn’t it everywhere? Even if it moved slowly, it would only need something like .01 per cent of the Universe’s lifespan to be everywhere. So why isn’t it?”

Musk suggests the answer may be that we are in some sort of “simulation”.

It’s easy to understand the snark that greeted him when he first suggested his plans for colonisation of Mars, but while reading the piece you can’t help but have the fact that this man has pretty much pulled off almost everything he set out to do at the back of your mind.

Mad or genius? Maybe both. Maybe that’s what he needs to be to pull this off. And maybe, he just will.

Why women leave IT

First things first. It ain’t because of the maths.

“Stories from 716 women who left tech show that the industry’s culture is the primary culprit, not any issues related to science education,” Kieran Snyder writes in Forbes.

It’s an issue that is gaining attention, though it’s always been there, but this piece highlights the issue through some heartbreakingly personal stories. Ultimately, the numbers cannot be ignored.

“One-hundred-ninety-two women cited discomfort working in environments that felt overtly or implicitly discriminatory as a primary factor in their decision to leave tech. That’s just over a quarter of the women surveyed. Several of them mention discrimination related to their age, race, or sexuality in addition to gender and motherhood.”

And that’s the good news.

“Of the 716 women surveyed, 465 are not working today. Two-hundred-fifty-one are employed in non-tech jobs, and 45 of those are running their own companies. A whopping 625 women say they have no plans to return to tech. Only 22—that’s 3%—say they would definitely like to.”