BEST OF THE WEB: Birthdays via the Internet of Things; the children of the valley; and the history of autocorrect 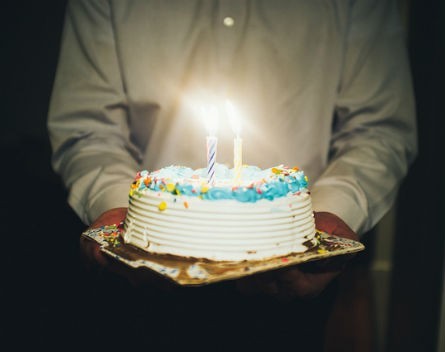 Do numerous Facebook birthday messages from people in your extended circles mean anything to you? What about those ones from companies?

Truth is birthday messages from your apps are forms of advertising and market research disguised as friendship. Now imagine every “smart” device in your house flashing and hooting as well.

Joanne McNeil writes that the Internet of Things could ruin birthdays. As McNeil points out, “A birthday is the perfect excuse to sneak in a company plug. It is flattery as advertising.”

“Perhaps it will become an annual tradition to shut off all devices on your birthday,” she writes.

The children of Silicon Valley

It’s become the most discomforting cliché of the startup industry, from dating apps to photo-sharing sites, everyone is claiming to “change the world.”

Robert Pogue Harrison writes in The New York Review of Books that, not only is it a cliché, “it’s also, in general, a bad way to proceed.”

“In truth Silicon Valley does not change the world as much as it changes my way of being in it, or better, of not being in it. It changes the way I think, the way I emote, and the way I interact with others. It corrodes the worldly core of my humanity, leaving me increasingly worldless.”

The history of autocorrect

It’s provided as many laughs as it has frustration, but turns out that autocorrect has an intriguing history. And let’s face it, it has managed to impede almost daily on our lives.

“Without it, we wouldn’t be able to compose windy love letters from stadium bleachers, write novels on subway commutes, or dash off breakup texts while in line at the post office,” writes Gideon Lewis-Kraus at Wired (who claims to have typed the whole draft of a book on a phone!)

Autocorrect was born out of Microsoft (despite Apple’s fame – or perhaps – infamy for it).

It’s interesting to learn that there are no autocorrect “metrics around amusement.”

Coca-Cola has a problem, turns out that “given all the choices out there, people just aren’t drinking as much Coke.”

BusinessWeek looks at how this sugary behemoth could in fact be saved, it turns out that things are starting to change, one sip of coconut water at a time.

“Americans may not have figured out the answer to the obesity epidemic, but for years they’ve pointed to Coca-Cola and other soda as one of the causes. Coke has tried fighting against this. It’s tried ignoring it. Now it accepts this as a reality. This is the problem Douglas has to confront. He has to persuade people to drink Coca-Cola again, even if they don’t guzzle it like water the way they did before.”

But, there’s one thing Coke has up its sleeve: “Its gift for advertising.”

Will it be enough, in a post-quinoa world?