Best of the Web: Branson and his galactic challenge; the best grilled cheese sandwich; that “old man”; and why wearables are failing 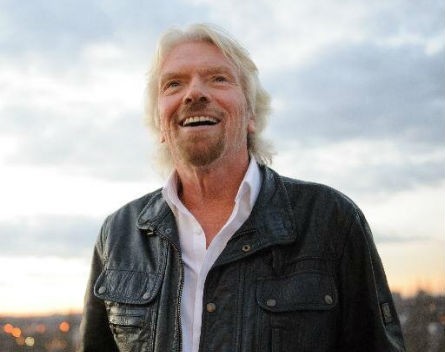 “Sir Richard is a mass of contradictions,” and so begins the Financial Times piece examining the ties between Richard Branson and operating companies using the Virgin name.

Turns out that Branson “manages very little” and has had some minority stakes. But that seems irrelevant given the fact that he earns about $120 million a year from licensing the Virgin brand, which makes the brand worth around $1bn.

He is also the main investor in Virgin Galactic, the space tourism business that hopes to send mortals into space, and according to the Financial Times, last week’s crash could squeeze him very hard as it potentially devalues the Virgin name.

Turns out all cheese toasties are not created equally, and despite its simplicity there is a way to create the ultimate grilled cheese sandwich. Or so says The Guardian.

And before we even get started on the basics of what makes one sandwich much better than the other, the article informs us that “the relationship between a cheese toastie and a grilled cheese sandwich is analogous, as I’d assumed, to that between macaroni cheese and mac and cheese – the latter being the bigger, brasher American version of our own, humbler family favourite.”

A lot it seems comes down to the bread used, and not unsurprisingly, the cheese, and just what options of which two you decide to combine. That’s before we even get to “the extras”.

I will say this, don’t read the article hungry. Also, be prepared to never quite look at this humble food in the same way again.

This week we buried one of Australia’s finest, but it also was a moment in the making for another Australian legend (perhaps, cemented is a better term) when Noel Pearson delivered his eulogy at the public memorial of Gough Whitlam.

It is as much a tribute to Whitlam as it is a history lesson in Aboriginal rights in Australia.

“This old man was one of those rare people who never suffered discrimination but understood the importance of protection from its malice,” Pearson orated.

“On this day we will recall the repossession of the Gurindji of Wave Hill, when the Prime Minister said, ‘Vincent Lingiari, I solemnly hand to you these deeds as proof in Australian law that these lands belong to the Gurindji people and I put into your hands this piece of earth itself as a sign that we restore them to you and your children forever’.”

“It was this old man’s initiative with the Woodward Royal Commission that led to Prime Minister Fraser’s enactment of the Aboriginal Land Rights Northern Territory Act, legislation that would see more than half of the territory restored to its traditional owners.

“Of course recalling the Whitlam government’s legacy has been, for the past four decades since the dismissal, a fraught and partisan business.”

Wearables are failing those that need them most

Wearables are in, wearables are out. It’s hard to keep up, but according to Wired, they are failing the people that need them most.

“It’s a shame because the people who could most benefit from this technology—the old, the chronically ill, the poor—are being ignored,” says Wired.

“Indeed, companies seem more interested in helping the affluent and tech-savvy sculpt their abs and run 5Ks than navigating the labyrinthine world of the FDA, HIPPA, and the other alphabet soup bureaucracies.

“This may be their own undoing, as there is a very real—and potentially lucrative—potential to shake up the healthcare system and frack the $2 trillion annual cost of chronic disease.”