Best of the Web: Sweet durian nights; the not-so-sharing economy; and tackling that diversity issue 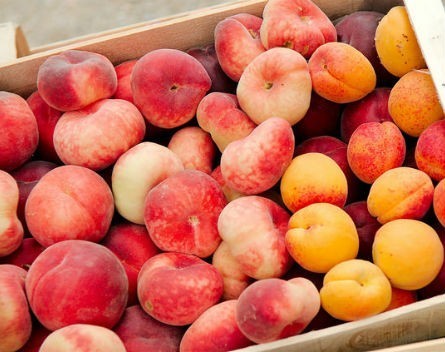 If you thought raw was just something people occasionally did to “detox”, then you obviously have not met a dedicated fruitarian. Thankfully, you can live the experience vicariously through Alexandra Kleeman’s visit to Woodstock fruit festival.

“There is no meat at the festival, no animal products, no processed food. There are no grains, no nuts, no cooked or steamed or sauteed anything. There is no salt, no oil, no refined sugar, no caffeine, no alcohol, garlic, or onion. Sometimes there are herbs or raw corn,” Kleeman writes in the Guardian.

To immerse herself in the experience, Kleeman subjects herself to a hardcore fruit diet and participates in the festivities that run for 14-days and includes “Sweet Durian Nites”, a dance party that climaxed with the consumption of hundreds and hundreds of ripe durian fruits.”

Trust me you aren’t going to view durian the same after reading this, which apparently has some sort of cult-like status amongst those who deny themselves the simple pleasures of salt, and the modern-day devil – sugar.

“The cleaner you get,” one of the fruitarian’s tells Kleeman, “the more your body craves that sulphur flavour. And you’ll be able to taste more in it – coffee, ice cream, whiskey, lemon. If there’s something you miss eating, durian starts to taste just like it.”

We’ve all heard of the – quite frankly mythical – sharing economy, pioneered in part by TaskRabbit, which is essentially a peer-to-peer marketplace. As Caleb Garling points out on Medium: “Sharing doesn’t involve money.”

Garling examines TaskRabbit’s recent pivot and the impact that has had on the people using the service to make up their livelihood. It highlights the tension of how a popular company that sells a promise of empowering others, can essentially isolate its users as it moves to put its growth at the centre of its ambitions.

“Overnight, the platform shifted from an open-bidding market — a kind of eBay for jobs — to something much more like a temp agency,” he writes.

“Previously, if you needed someone to, say, install a door, you described the job and “rabbits” (the not-exactly-flattering name for workers, which the company has now ditched in favor of “taskers”) would bid on the work. You selected the worker you wanted and they came to do the job. By most accounts it was pretty effective.”

But things changed and now “potential employers enter a four-hour time window, select from one of four main job categories, and enter a description. They then select from a list of taskers whose hourly rates fit the bill, or let TaskRabbit’s algorithm choose one.”

The changes have meant that the (Gen-Y) attraction of TaskRabbit, working how you want, when you want it, is now less of a reality. One user described those left on the platform as “indentured servants”.

Silicon Valley, we have a problem

Much has been written on the sexism of the tech industry, and much more will be written, until such time as something changes.

The New Yorker’s piece on The Valley Boys, is a particularly strong contribution to the debate, deftly dismissing some of the excuses that are used to frame the problem as one of the past and not the present, as well as offering some solid advice about what exactly we have to do next.

“Subverting these biases requires more than training,” writes author James Surowiecki who speaks to Joan Williams, a law professor at the University of California, Hastings, and co-author of What Works for Women at Work.

Williams tells Surowiecki that companies should be looking for “bias interrupters”. There are “systems that identify bias and intervene to mitigate it”.

Williams says that, for example, “Until the nineteen-seventies classical-music orchestras were almost entirely male. Once blind auditions were introduced, the percentage of women quintupled.”

Interestingly, the approach is now a startup itself, called Unitive, which “is designing software to do similar work.”

“The software forces recruiters to decide what characteristics they value most, and rank blind résumés according to a series of criteria. It also helps companies design interview questions that are carefully tailored to job requirements.”