Better in beta? Why early access games are a double-edged sword 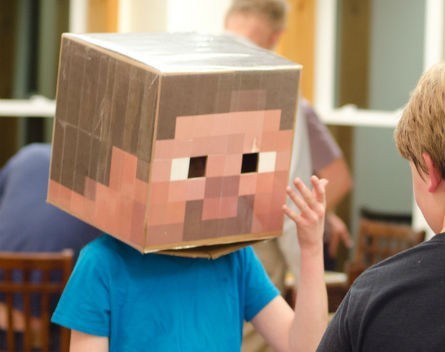 Imagine you see a new book by your favourite author. Unlike most books, this one is not finished yet. The author will send you updates when they are available so you can see the story develop as it is written. You are even encouraged to send the author comments on the work, so he or she can fix and adjust the manuscript to make it better.

This seemingly odd proposition describes a relatively new way of selling games. Early access, as it is called, has been embraced as a way to support innovation in gaming. But just as many players have decried it as a cynical money grab that is damaging the industry.

So how exactly does early access work, and what are some of the concerns about it?

In the past, details of games in development would normally be tightly guarded secrets, but recently game companies have started offering players access to games while they are in the final stages of development (called “beta” stage in the industry).

Beta access allows games companies to get feedback before launch so that the game can be fine-tuned. It also helps to heighten anticipation of a release, generating stronger sales.

The trend now is to provide access even earlier in the game development process, sometimes even before the game is playable or has all its features.

Perhaps the best-known example of a successful early access game was Swedish game developer Markus Persson’s Minecraft. Like all software in development, Minecraft had bugs. It also had only a fraction of the features that it would end up with, but Persson made it available online anyway.

Minecraft proved extremely popular with gamers, despite its shortcomings. Money raised through selling the unfinished game to players meant Persson was able to leave his job and focus on developing Minecraft full-time. Five years later Minecraft has spawned a development studio and has sold more than 8 million copies.

Some early access games have been funded through crowd-funding website Kickstarter, with early access provided as an incentive to backers. Chris Roberts’ Star Citizen was able to attract more than US$44 million in Kickstarter funding despite an anticipated release date of the end of 2016.

In the northern hemisphere’s winter season, the top three games on Steam were early access releases. One of these games, Rust, sold 1.8 million early access copies at US$19.99 a copy. DayZ, sold more than 1 million copies in just one month. A third game, Starbound, now has 204,000 backers and has raised US$4.1 million.

It is no coincidence that many of these early access success stories have been attributed to small independent game developers. Independent developers (or just “indies” as they are sometimes called) are game developers who are not signed with a publisher.

In the game industry, publishers provide funding for game development and look after testing, distribution, marketing and sales. But they also take a big cut of profits and often take a level of creative control from developers.

Digital distribution platforms such as Steam, Apple’s App Store and Google Play provide independent developers with a way of distributing their games at a relatively small cost. Until recently, though, these platforms have sold only finished games.

Early access provides a cash flow for independent publishers during development. It also provides a large number of players who are effectively testing and helping the developer find bugs and refine the game.

Supporters of early access games argue that development funding and access to a large test group are invaluable in supporting independent developers. This in turn supports innovation in the industry and provides opportunities for new talent.

Early access is not universally embraced by players or the industry. For many, early access is seen as little more than a way to exploit well-intentioned players. Fuelling this criticism are a number of high-profile early access failures.

Infestation: Survivor Stories (originally The War Z) received widespread criticism in industry press for lack of advertised features and alleged poor overall quality. Another game, Earth: Year 2066, was removed from Steam early access in May due to claims of false advertising.

Even success stories, such as Starbound, are still unfinished and may never reach final release stage.

The many criticisms and high-profile failures of some early access games led Valve to issue a warning in June this year about its early access titles. Valve reminded players that they were provided with no guarantees that the titles would be completed.

Some commentators have noted that early access can diffuse interest in the game during development, effectively making it unprofitable once finished. Others have raised concerns that early access may remove the incentive for developers to finish their games, leading to longer development times and more unfinished games.

Despite such concerns, early access is clearly a successful strategy for certain kinds of independently developed games. It provides a compelling model for start-up developers.

Early access is certainly no silver bullet, and not all games or developers are well suited to the approach. Players, too, will need time to understand what they are paying for when they invest in an early access title.

It will take time for early access to find its proper place within the industry. Until then, early access will stand as a digital monument to that well-known Latin phrase: caveat emptor – buyer beware!

Sam Hinton does not work for, consult to, own shares in or receive funding from any company or organisation that would benefit from this article, and has no relevant affiliations.