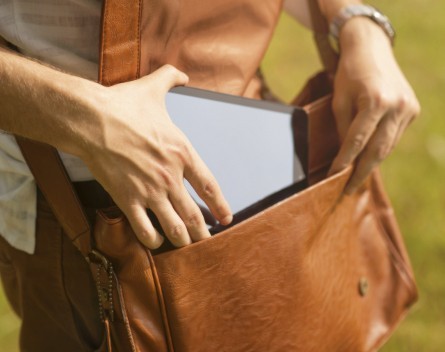 Tablet sales have dropped by almost a third in the last six months, as the Australian love affair with the gadgets reaches a slowdown.

A study released today by technology analyst firm Telsyte, shows there were 1.8 million tablets sold in Australia in the first half of 2014, a 28% decline from the previous six months.

In 2013, the Australian tablet market grew by a remarkable 147%, with 1.14 million units sold in the first quarter of the year.

“There is a natural slow down when it reaches mainstream levels,” he says.

Fadaghi says this is due to a combination of factors, including the fact nearly half of all Australians now owned a tablet.

Meanwhile, for the first time in Australia, Android tablets have overtaken Apple for market share.

More Android units were sold in the first half of 2014 than Apple tablets, with Android devices winning a 47% of the market, compared to Apple’s 46%.

Fadaghi says Android devices have cornered the market by offering cheaper tablets, which many Australians are buying as a second tablet for their children or as a smaller back-up device.

“They have started to be seen as toys or as low cost gadgets,” he says.

However, Fadaghi believes Apple will reclaim their top spot by the end of the calendar year, with the release of their new operating system and its highly anticipated new iPhone.

“The halo effect of the iPhone 6 will give Apple a boost. I anticipate they will release an update of the iPad too,” he says.