Boeing and SpaceX are building new ‘space taxis’ for NASA 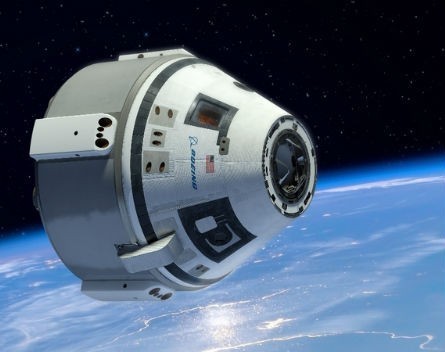 After a four-year competition, NASA has announced it has selected Boeing and SpaceX to take astronauts to the International Space Station (ISS).

The contract – worth US$6.8 billion – was announced as part of NASA’s Commercial Crew Development program on which the US space agency has spent about $US1.5 billion since 2010 investing in partner companies.

The contracts provide funding to get NASA certification of their rockets and capsules for safety and reliability. Boeing will be given $US4.2 billion and SpaceX $US2.6 billion.

Once certification is complete, SpaceX’s Dragon and Boeing’s CST-100 will each fly between two and six NASA missions to and from the ISS.

This announcement shows a preference for US companies and a return to launches from US soil following the termination of the Space Shuttle program as NASA has been relying on Russia to take astronauts to the ISS.

As the NASA administrator Charles Bolden put it this week:

We are one step closer to launching our astronauts from US soil on American spacecraft and ending the nation’s sole reliance on Russia by 2017.

The current contract with Roscosmos, the Russian space agency, will expire in 2017. The recent rising tensions with Russia over its annexation of Crimea in Ukraine may have accelerated NASA’s efforts. It is believed Boeing and SpaceX are expected to have completed test flights by then.

Mixing the old and the new: Boeing and SpaceX

SpaceX has already shown its capacity by making successful flights to the ISS using its Dragon space capsule technology. In December 2010, SpaceX became the first privately funded company to successfully launch, orbit and recover a spacecraft.

Boeing, founded by William Boeing in 1916, has obviously extensive aerospace experience and will be contributing through its Crew Space Transportation CST-100 capsule.

Boeing’s CST-100, a seven-seater capsule, will sit atop a United Launch Alliance Atlas 5 rocket launching it into space. SpaceX’s Dragon, also a seven-seater, will launch atop SpaceX-built Falcon 9 rockets.

The capsules are designed to splash down – parachute into an ocean – and be reused.

The move away from Russian technology has been further emphasised by Boeing’s deal with Amazon founder Jeff Bezos’s Blue Origin company to develop a new rocket engine – eliminating the reliance on Russian-made engines which power the Atlas 5 rocket.

A great example of NASA reaching out to industry

The announcement by NASA is of particular importance as it means that the “space runway” from the US to the ISS will rely on equipment owned and operated by private entities – which is a first.

As was noted by the author in a previous article, US president Barack Obama made it clear there would be a shift to a more commercial approach to space travel back after budget cuts to NASA and the retirement of its Space Shuttle program.