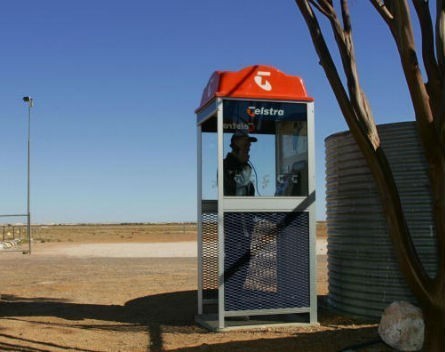 It would be easy to think that the notion of a “digital divide” is now outdated. Whose life isn’t digital in some respect these days?

As shown in the recent Australian Communications & Media Authority (ACMA) report, Australians’ digital lives, 92% of Australians use the internet across a range of technological devices. This suggests only a small minority of Australians are not using the internet. Perhaps they can’t due to lack of availability or they don’t out of choice.

But if we dig a little deeper, the digital divide re-emerges. The 92% of people online includes anyone who has accessed the internet in the past six months, even if just the once. It gives no indication of frequency of use, levels of digital literacy or how active those Australians are online.

Therein lies the problem. The report, and other studies of internet usage, are focused on the range of technologies being used and the demography of who is accessing the internet.

These findings are clearly showing that our technological landscape is becoming more diverse, with devices other than desktop or laptop computers being used for online participation. Furthermore, age, socio-economic status and level of education inform internet access and use.

Underlying these studies and other research on digital divides is an assumption that to be part of the 8% (probably more) who can’t or don’t use the internet is to be socially excluded or disadvantaged. It implies the digital divide to be asymmetrical, constituted by a technologically adept majority, and a small minority of laggards.

Demographically, the groups that are consistently identified as being on “wrong” side of the divide include: new migrants and refugees; people from non-English speaking backgrounds; older Australians, particularly women; people of low socio-economic status; people in regional, rural and remote areas; Indigenous communities; and people with disabilities.

Collectively, these groups cannot be considered a minority and certainly make up more than 8% of Australians. However, the focus on demographic data to identify those who are not “keeping up” with other Australians in terms of online participation, has only served to provide solutions that put the onus back on those groups to increase their digital literacies.

A recent article outlines the many programs that seek to do this, but this approach blames these groups for what they lack, and places the responsibility back onto them to address it.

Much of the internet access research does not critically evaluate how the design of online environments may reinforce the existing age, class and education bias. What can we learn from those who can’t or don’t use the internet – their reasons for being offline, their alternative information and service-seeking practices – in order to design social solutions to more inclusive online services?

The Australian Communications Consumer Action Network (ACCAN) has a number of research reports available which study the above-mentioned marginalised groups and their digital disadvantage.

One of the key findings is that, for most of these communities, mobile phones are the technologies of choice because they have a low technical and financial threshold to participation. Moreover, mobiles are primarily used for voice calls and text messaging rather than for internet access. Information is sourced from others in preference to the internet.

This has profound implications for how online content and information services ought to be designed to be more human-centred, simple and succinct. Indeed, the utopian promise of the National Broadband Network (NBN) is that it will enable the delivery of rich, mediated face-to-face services that will not only appeal to the groups mentioned, but offer an inclusive experience to the 46% of Australians who are not prose literate. Particularly those who have difficulty getting through a newspaper, or understanding the directions on a medicine bottle, or comprehending pages of online content.

Unfortunately, debates about the NBN, to date, have revolved around carriage: the wire and cables and how much data these will carry. There has been less discussion about how it can facilitate more accessible content that is audio-visually rich, multi-lingual and has a low technical and financial threshold for engagement.

Until then, we need to interrogate the rationale for compelling everyone to participate online, when this involves costs (of devices, of ongoing access, etc) that are not subsidised for those who can least afford them.

This requires re-thinking the push towards e-government, in which all information and services of government departments are available online, often at the expense of cutting existing (traditional or non-digital) alternatives.

It also raises the question of whether this privileging of one technology over others is essentially discriminatory and contradictory to the multi-platform, multi-device landscape in which we all now live.

Communications minister Malcolm Turnbull, at a recent Digital Innovation Forum held at UTS, called the internet the “uber-platform”, where governments will be singularly interacting with its citizens, because it’s cheaper than phone, letter or face-to-face. If this is his hope, then his new Digital Transformation Office (DTO) will have to live up to its name, especially where content is concerned.

It will have to change the online environment for the 46% of the population who are not prose literate. It will have to transform the experience of one of my research participants who used up A$30 in prepaid mobile phone credit waiting on the line to speak to Centrelink.

It will have to revisit the Universal Service Obligation (USO), which currently only applies to landline telephone services and not to mobile or Internet service providers.

Ultimately, the onus is not on groups and consumers to be digitally literate in platforms that are not preferred to access information that is opaque to them. It is the responsibility of government to provide technologies and design services that are universally available, accessible, affordable and accommodate diversity, both technical and human.