Buzz kill: One of the first tech crowdfunding successes is in big trouble with no robot dragonfly 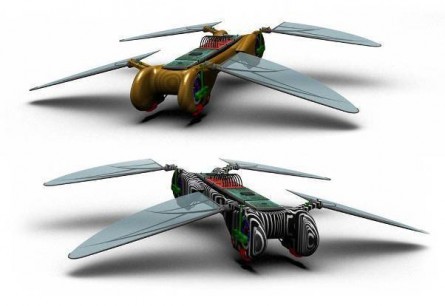 One  of the first tech products to raise over $US1 million through crowdfunding is yet to produce the product on the three-year anniversary of the campaign, and has now announced it is currently in deep financial problems.

TechJect launched the campaign in 2012 for a robotic dragonfly and eventually received well over $US1 million in a month.

The campaign promised to create a robotic insect that could fly like a bird and hover like a dragonfly for only $US99.

It was well before crowdfunding became a mainstream avenue for tech companies to find investment, and was the first campaign on IndieGoGo to reach the million dollar mark.

But things haven’t gone well for the startup since the campaign, with an update to the campaign page saying that while the project isn’t completely in ruins, much more funding is needed for it to continue.

“It is with a very heavy heart we had to take a pause on the development and look at the big picture of how to overcome the situation,” the announcement says.

“In the best interest of the entire community, we have to have talks with PayPal and Indiegogo and also have talks with potential partners and dig our way out of this situation for everyone’s benefit.”

“We sincerely apologize to our supporters about our dismal approach to the finish line, we could finish every part of the system but could not get some parts to work properly.”

As TechCrunch reports, it’s another in a line of recent crowdfunding failures, including Pirate3D, a 3D printer that also ran out of money before actually fulfilling the orders.

Kickstarter also recently pulled a futuristic razor that used lasers from the site because of a lack of a demonstrable prototype.

In TechJect’s case, the company is squarely placing the blame for the troubles on PayPal and IndieGoGo for not releasing funds, but hasn’t specified about how much is being held back.

TechJect says in the update that if the product ultimately fails to reach the hands of the backers, it will release all of the IP for the robot with “full license authority” for “use, re-sale and more”.

“Our teams have put their heart and soul to get you all a solid system,” the statement says.

“We have now reduced considerably in size and even $1M doesn’t last forever; 3 years of people working, expensive manufacturing, sweat and frowns and hopes and ambitions have all that kept the project going forward.”

The announcement begins with a plea for consideration and understanding from TechJect.

“Seems there have been a lot of confusing statements and a lot of name calling,” it says.

“Please do realize that team and people working hard to realize these systems are at the end of the day people like everyone else. If there is enough pressure, it would lead to a complete collapse and will result in nothing getting disbursed to anyone with no one to support either.”