By the numbers: Why YouTube video clips matter for your business 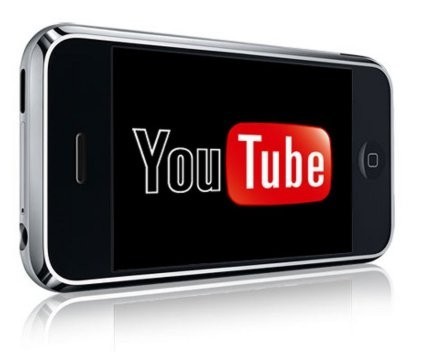 Of course, this raises the question: Why bother with YouTube at all? After all, aren’t video clips on the internet just a passing fad?

Well, it’s time to look at the numbers. In May this year – that’s just one month – in the US alone, 154.5 million people watched a video on YouTube.

Even more astonishingly, those 154.5 million viewers watched a total of 13.9 billion video clips in just one month. No, that’s not a typo, that’s thirteen point nine billion clips.

Here’s something even more astounding. There are about 20 billion web searches per month in the US, of which 13.6 billion are on Google, 3.3 billion are on Bing, 2.4 billion are on Yahoo! and the rest on smaller search engines.

In effect, there are more YouTube clips played each month than there are searches on Google.

Meanwhile, it’s safe to say, assuming (conservatively) that at least one in four of those clips are found either by the user searching within YouTube or clicking on from another clip, that YouTube is the second largest search engine in the US.

Sorry Steve Ballmer, but anyone who optimises their Bing ranking before getting on YouTube is an idiot.

Why use YouTube over some other Flash video hosting site? Because the second largest video site, Facebook (including Instagram), gets around 60 million viewers per month for 727 million video clips viewed. Third-placed AOL, despite owning a bunch of popular sites including Huffington Post, Moviefone, Engadget, TechCrunch, gdgt and Stylelist, gets 53 million viewers to watch 838 million clips.

Impressive figures, but nowhere near the same league as YouTube.

Aside from potentially tapping into some of those 13.9 billion video views, YouTube also integrates easily into the rest of your social media effort. You can embed video clips on your company website or blog. You can link from a YouTube video description (or a video itself) back to your website. You can link to a video clip on Facebook or Twitter.

Even one promotional video can dramatically increase the surface area across which your business can be discovered.

As for Kickstarter and other crowdfunding sites, these days it’s pretty much expected you’ll have a video clip. There’s no way around it. If your cool invention wants dollars, we want to at least see it depicted in animated form. No animation, no cash.

That’s why at Taskmaster Towers, we’re dusting off our camcorders, Video Toasters and Betamax recorders to make some video clips. If you haven’t already, especially if you’re about to hit the crowdfunding sites, you should do the same!