Bye Rupert: Aussie web browser extension gives you all the news that fits your views 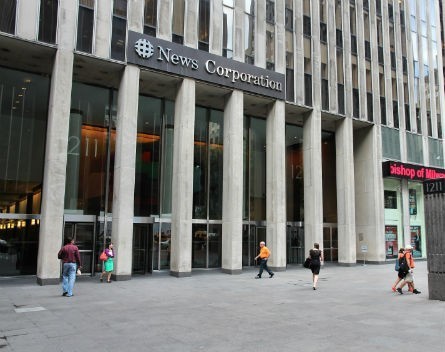 Research suggests where an individual gets their news from depends on their political views, so it’s unsurprising that a tool has been developed by an Australian startup that helps users avoid sites they disagree with.

The extension, Bye Rupert, launched in mid-2013 and developed by The Aussie SEO Mat Carpenter, blocks access to The Australian, the Daily Telegraph, news.com.au, The Courier Mail, The Adelaide Advertiser, The Mercury, the NT News, Perth Now and other News Corp Australia sites.

Carpenter says he decided to develop Bye Rupert because he disagreed with News Corps coverage of the 2013 federal election.

“In the lead up to the 2013 federal election News Corp were publishing biased and misleading articles on their web properties in order to push their own agenda,” he says.

“I was sick of reading these blatant lies so I developed a Chrome extension that blocks all of News Corps websites – it seems other people felt the same as it’s now gaining traction.”

The extension only took a few days to develop and could easily be replicated to target other media sites. But Carpenter says he’s not concerned that the extension might lead to readers receiving a less diverse set of views.

“Do I think these sorts of extensions could become popular for sites other than News Corp? No I don’t,” Carpenter says.

“When someone creates a piece of software that actively blocks all of your web properties and it becomes popular then you know you’re doing something wrong.”

Fox and sky is NOT NEWS, its not journalism that’s the problem. They are in the business of sensationalism because it sells. They should be reporting facts but they are not. If they have a right to voice their opinion so can everyone else. #ByeRupert

Last edited 2 months ago by Not journalism
0
Reply