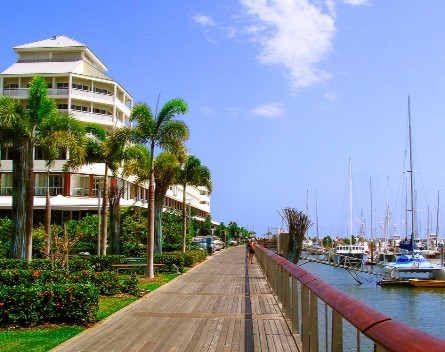 The Cairns startup community is set to link up with events in Townsville and the Gold Coast as part of Startup Weekend Queensland later this month, as the local startup scene goes from strength to strength.

The city’s startup scene is centred on a coworking space called theSPACE Cairns, which will host the local leg of Startup Weekend Queensland on November 21-23. The event, held as part of Global Entrepreneurship Week, is a week after Toowoomba holds its first Startup Weekend.

“We’ve had a coworking space since 2012. Just recently, in 2013, we moved to a bigger premises. This year in August, we had a Startup Weekend with Wotif founder Graeme Wood, which was a great success,” Haines says.

“We’re working with the local university to establish an innovation centre, working with lecturers to help them to teach about entrepreneurship and working with high-net worth individuals to show them the value of early stage startups.

“We’ve got good support from local and state government, and we’ve got local legal services that know about the challenges of entrepreneurship.”

Haines says forging relationships between entrepreneurs and other stakeholder groups is one of the big challenges of getting a regional startup community off the ground.

“The big challenge is building relationships with the key stakeholders. Now they’re established, the limits become less and less.”

“The NBN means being regional is less of a barrier. Accelerators are a problem, so we’re building our own. Seed funding can be an issue, but that’s a problem anywhere.

“Educating people on what is a startup and how it’s different from a small business can be an issue. It’s just as challenging to work on a big concept as a small one, so why not give it a go?”

An example of an innovative startup to emerge from Cairns is Inspection Apps, whose smartphone app makes it easy for workers to enter data and photographs from the field into a secure database, replacing paper checklists. In turn, the data can be used to generate reports at the click of a mouse button.

“There’s Inspection Apps, who won the 2012 Tropical Innovation Awards with $10,000 prize money, and they have customers nationally,” Haines says.

“We also have Picphony, who are working on a concept to add a new dimension to photos by giving them a musical signature based on colours, where each colour has a note associated with it.

“WhyNot Tours are a solution to help organise social travel. Bucks parties, end-of-season trips and the like can be hard to organise. Their platform makes the job a lot easier.”

Looking into the future, Haines hopes more entrepreneurs find out about Cairns’ vibrant local ecosystem and move there to work on their innovations.