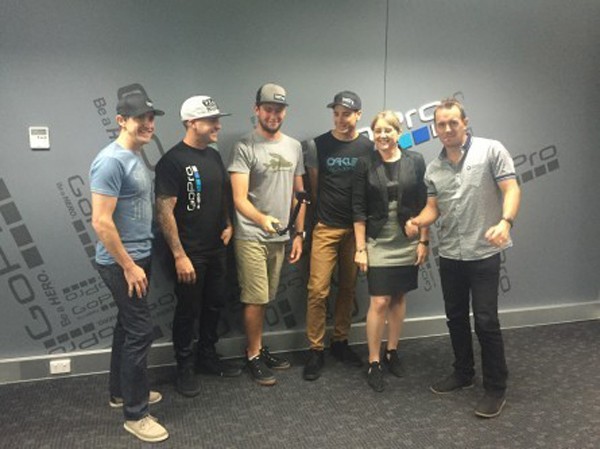 After just making a “significant investment” to being Zendesk’s Asia-Pacific headquarters to Melbourne, the Victorian government has again opened its wallet to attract another big tech player to the city.

GoPro will be setting up its Australia and New Zealand headquarters in Prahran in a move the government hopes will create 50 tech jobs over five years.

The base will control operations across the region, as well as in India and south-east Asia, and will oversee business development, marketing and management.

The action camera startup will be receiving funding from the government through Invest Victoria.

The Victorian government has made a series of moves in the last month to prop up the state as the innovation leader in the country.

Last month it poached the biggest startup conference in Australia, SydStart, from Sydney, and last week announced that it had won Zendesk’s presence over a number of other bidders that will deliver at least 175 new jobs.

While the government says there will be assistance for local startups with the upcoming announcement of the state’s $60 million startup fund, Victorian minister for small business, innovation and trade Philip Dalidakis emphasised the job creating ability of bring these big tech players to Melbourne.

“GoPro’s decision to base its headquarters in Melbourne is yet another great show of support for what the Andrews government is doing in the tech sector,” Dalidakis tells StartupSmart.

But things haven’t been going too well for GoPro of late, with its shares closing at their lowest ever level last week.

The tech company was also forced to slash the price of its latest product offering, the Hero4 Session, by 25% due to poor sales.

GoPro is currently looking to diversify its offering and expand beyond the extreme sports market, and will be launching a consumer drone soon.

But with all its recent moves in the innovation space, Dalidakis says the state government is just getting started.

“Zendesk, StartCon and GoPro is just the beginning,” he says.

“We have a super exciting pipeline over the next six months and more announcements to come next week.”