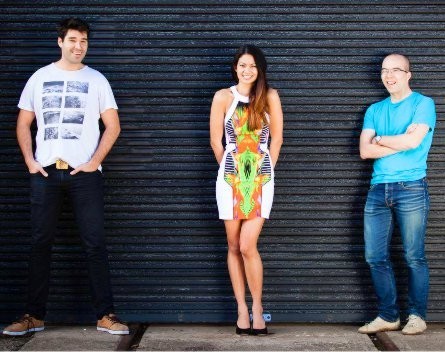 Canva, a well-backed start-up promising to revolutionise the design field of marketing collateral, has launched worldwide.

Founded by Melanie Perkins and Cliff Obrecht, Canva says it aims to equip everyone with the tools to create their own marketing collateral. The idea evolved from their first start-up, Fusion Books, which allowed high school students to design and create their own yearbooks.

The development of Canva has been watched with interest by many in the start-up industry, after closing a $3 million funding round including investments from Commercialisation Australia, one of the funds now merged into Square Peg Capital and Silicon Valley based investor Bill Tai.

Perkins told StartupSmart they were nervous and excited to be launching Canva.

“At the start it was just Cliff and I, two uni students, sitting at my mum’s dining room table with a big vision. We had to learn every aspect of business; how to build a product, hire an engineering team, market our platform, everything really,” Perkins says.

Perkins says despite running their own business for a few years, they came to Canva with minimal exposure to the start-up industry.

“At the start we didn’t know what venture capital was, let alone how to go about fundraising. In fact, we’d never even thought of ourselves as a start-up, as we’d never heard the term,” Perkins says.

Canva is a free to download and use platform. The revenue will come from the stock images, the only part of the platform users pay for.

Perhaps because of this, Perkins says her personal focus for the next year will be on ensuring positive user experiences.

“We’re focused on allowing everyone to take an idea and frictionlessly turn it into a design,” Perkins says. “We want users to feel confident while designing and proud of the designs they create. We believe the key to strong growth is people coming back to Canva time and time again and promoting Canva to their family, colleagues and clients.”

Perkins explains their journey from idea to international launch in the video below: