Catch Group, Shoes of Prey and up to 50 other Australian online retailers’ intellectual property caught up in phishing net 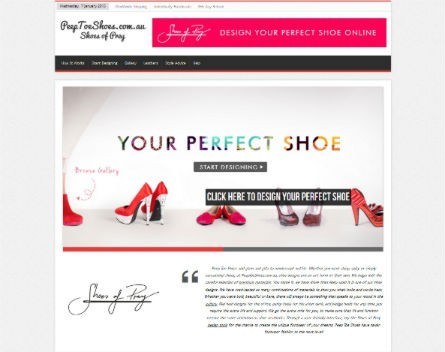 Intellectual property belonging to more than 50 Australian online retailers, including top names such as Catch of the Day and Shoes of Prey, appears to have been hijacked as part of an online phishing scam.

In January last year, popular footwear and accessories chain PeepToe Shoes, which was launched in 2007 by designer Nikki Hager, collapsed into administration.

The company was subsequently liquidated by KordaMentha, with Hager joining Sydney-based fashion label Izoa and the Catch Group, parent company of popular online retailer Catch of the Day, purchasing its intellectual property.

But a website later appeared at peeptoeshoes.com.au with the branding of another popular Australian retailer, Shoes of Prey.

In a statement, a spokesperson from the Catch Group told SmartCompany the company still owns the PeepToe brand but has no association with peeptoeshoes.com.au.

“The Catch Group bought the PeepToe brand and some of the stock after the company went into administration. The product is still marketed through Catch. Catch owns the peeptoe.com.au domain rather than peeptoeshoes.com.au so they have no association with this website,” the spokesperson says.

Likewise, a spokesperson for Shoes of Prey says the retailer has no connection to Peeptoe Shoes and is investigating the matter.

A link appearing on the bottom-right hand corner of peeptoeshoes.com.au links to a landing page on a website called Strawberry Bay, with a layout similar to the Shoes of Prey page, which asks users to hand over their email address in exchange for daily deals.

A Google search reveals the Strawberry Bay website also has landing pages for more than 50 other Australian-based domain names, including names such as Boat Books, Gardening Central, Hobby World and Our Deals.

Search engine optimisation expert Jim Stewart told SmartCompany it appears the brands of Australian online retailers are being used as part of a ‘phishing scam’, where the names and logos of legitimate businesses are used to fool people into handing over personal information.

“I’d say someone is buying expired domain names and redirecting them to this Strawberry Bay site,” Stewart says.

“It looks like they’re lining up expired domains, then redirecting people to a landing page at Strawberry Bay, grabbing an email address and then sending out spam.”

Stewart says there are a number of steps businesses that find their intellectual property copied by scammers can take.

“The first thing you need to do is know when it happens, and one way to do that is to use Google Alerts or other tools to find out when another website appears with your content,” Stewart says.

“The other thing you can do to beat the spammers is to make sure your genuine website gets indexed first. The way to do that is to maintain Google webmaster tools.”

“When you publish something on your website, search for it in Google, and if that page doesn’t appear, make sure you go into Webmaster tools and tell Google to index it.”

“Also, if you find someone cloning your content at a .com.au top-level domain, after telling asking them to take it down, you should pursue legal action. But for other top-level domains it’s a lot more difficult.”

“It appears there are multiple potential claims of misleading or deceptive conduct in breach of the Australian Consumer Law. The question is how much money you want to spend in defending your rights,” White says.

“The remedy is to take legal action, but the costs are quite large. A successful party will receive costs, but not all costs.”