Caution over the EU’s call for global forgetfulness from Google 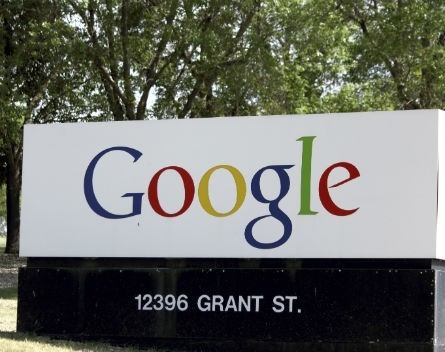 Just how much information Google should remove from its search results when requested is being tested by the European Union which wants to extend its influence beyond its borders.

The European Court of Justice’s decision earlier this year in the so-called Google Spain case is already notorious, and so is the “right to be forgotten” articulated in the judgement. The decision has been met by severe criticism, but we are yet to see the long term implications of the decision.

Now the European Union’s Article 29 Working Party – a group made up of the European data protection authorities – has issued guidelines that will ensure that the effects of the decision will reverberate across the world.

This is not merely changing the scale of the Google Spain case’s implications; it is a change in kind.

The right to be forgotten

Back in May, I commented on the Google Spain case – Case C-131/12. Put simply the decision requires that, where search results appear to be inadequate, irrelevant or no longer relevant, or excessive, the information and links concerned in the list of results must be erased.

This applies even where the information is true and published lawfully by third parties. In other words, the court places on Google the burden of deciding whether search results have become outdated.

In response to the decision, search engines such as Google and Bing have set up facilities allowing people to request the removal of certain search results. Large numbers of people have taken up this option.

Latest reported figures from Google show the search giant has received more than 174,000 requests on 602,000 links, of which 41.5% have been removed from European search results following evaluation.

The guidelines issued last week by the powerful Article 29 Working Party Press regarding the Google Spain decision emphasises that:

“In order to give full effect to the data subject’s rights as defined in the Court’s ruling, de-listing decisions must be implemented in such a way that they guarantee the effective and complete protection of data subjects’ rights and that EU law cannot be circumvented.

In that sense, limiting de-listing to EU domains on the grounds that users tend to access search engines via their national domains cannot be considered a sufficient means to satisfactorily guarantee the rights of data subjects according to the ruling. In practice, this means that in any case de-listing should also be effective on all relevant domains, including .com.”

Thus, the message is clear, the Article 29 Group wants global blocking so as to ensure that EU law is not “circumvented”. The question is of course whether blocking on the .com domain will be enough to achieve this.

The reasoning behind blocking on the global .com domain is that it is easy for people to use google.com to access content blocked on a country-specific search such as google.es – the Spanish domain.

But, if content is blocked also on google.com, will not people who are sufficiently motivated to search for the content simply use another country-specific search such as google.com.au?

After all, doing so only requires the pressing of three extra keys “.au”. Will this reasoning then mean that to comply with EU law, search engines need to block search results all over the world? Where do we pull the break and say enough is enough?

Part of a harmful trend

The A29 Group’s attempt to impose global blocking based on local values should not be seen in isolation. Other countries are doing exactly the same thing. For example, the US is doing so in the Garcia case, and Canada does so in Equustek Solutions Inc v Jack, 2014 BCSC 1063.

This attitude may be seen as natural and may even be viewed as necessary by some; after all, the most effective way to ensure that content cannot be accessed is through global blocking. But the problems caused by this attitude abound.

Most importantly, if our standard position is global blocking based on our local laws, we can hardly object to other countries doing the same. So when oppressive dictatorships seek global removal of content offensive to their laws, supporters of the Article 29 Group’s Guidelines can hardly protest based on the effect such removal may have in open tolerant and democratic states.

The reality is that the trend of states demanding global blocking based on local laws will inevitably lead to the destruction of a common resource – the Internet as we know it. What would be left online if anything that may be unlawful somewhere in the world was removed globally?

Addressing this trend may be both the biggest, and the most important, challenge for internet regulation today.