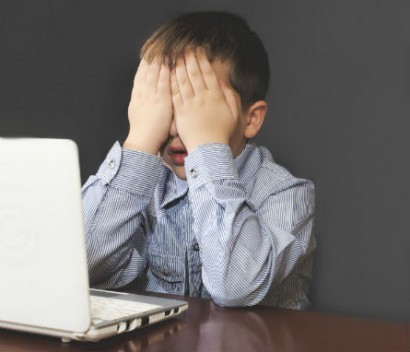 Over the last century, as mass media expanded across the world and entered into most homes, many countries have used laws and regulation to limit children’s exposure to, for example, violence or sex.

South Africa has a set of media regulations designed to protect children. These include restrictions on broadcasters that bans content deemed unsuitable for children until after 9pm. Distributors of cinema films must submit their films for age classification before they are shown in cinemas. Broadcasters also label programming.

But as parents know, many children now access content online. So what role should the state play in controlling or even advising what they can or should access? The South African Film and Publication Board (FPB), which regulates cinema and video distribution, has published draft regulations for classifying content online. They extend the system that applies to cinemas to all “commercial” content published online.

Realising that this is a very ambitious undertaking, the regulations propose that the board does not carry out the classification alone. Rather, it should co-regulate with internet publishers or distributors. It proposes that all “distributors” of online content must register with the the board and then undertake to establish a system of pre-publication classification following the same rules the board uses.

For a libertarian, there may be no better example of the nanny state than regulations that seek to give government a role in this aspect of child rearing. But there is some evidence from from other countries that parents really do want help.

Research conducted in 25 European countries shows that around one-third of parents worry about their children seeing inappropriate content online – and are more concerned about this than their children’s use of alcohol or drugs.

South Africa’s regulations have been vigorously criticised by many organisations including the Freedom of Expression Institute, the Right To Know Campaign, SOS, the Association for Progressive Communications and Research ICT Africa.

Two themes stand out in the criticisms: that the regulations are draconian, and that they are unworkable. There are strong grounds on both counts. The principle that all online content distributors should be registered and – most seriously – could be de-registered represents an attempt to create a licensing system for online publishing.

This is a significant limit on a right every person in South Africa – at least those with internet access – shares: the right to publish and share our ideas, creative works, our information online.

This also means that every content distributor in the world would have to register or be in breach of the regulations since they all make content available in South Africa. And while the regulations aim to exclude “user-generated content” from the licensing system, they offer no viable means of distinguishing such content from “commercial” content.

The regulations, if passed into law and enforced, are very likely to be challenged in court. If the critics are right, the regulations are so fundamentally flawed – both legally and practically – that they may pose little threat once the courts have had their say. But this is unlikely to settle the question for long.

For many years, a protection against online censorship has been its presumed unworkability. But evidence from China, Iran, the US and Egypt, to name but a few countries, shows that censorship online is not only workable but is becoming increasingly effective.

This means that sooner or later, South African lawmakers, regulators and their critics will have to come up with alternatives.

Thinking about alternatives requires more than a legal critique. It requires a social and political conversation about how we want public communication to work in the networked age.

In resisting and rejecting the internet censorship proposed in the draft regulations there needs to be some acknowledgement of the social challenges involved in the disruption of media that the internet is wreaking across the planet and in people’s homes. Internet freedom may be a cherished right but for many – parents included – such freedom has its challenges.

Censorship and control of media exists in every country in the world but it has varied greatly depending on the form of media. Books in liberal democracies have been the least controlled and censored, television and film the most. Newspapers have often been a special case – particularly policed in some countries and given particular protections in others.

The internet, increasingly, makes all these distinctions moot. Content, once digitised – whether books, video games, pictures or movies – can all be distributed on the same internet. Many of the confusions in the draft regulations and their contradictions with current law appears to stem from a lack of understanding of this reality and the attempt to treat internet content mostly like cinema rather than, say, like books.

Some regulators are experimenting with the introduction of voluntary age appropriate warnings or restrictions for online video and games without attempting to create a licensing system. This approach would make the Internet less like cinemas and something more like a book store where, if you choose you can find age appropriate content on particular children’s shelves, though you and your child are quite free to browse sections where no such curation is offered.

This is a very soft form of regulation. But it is more consistent with what the internet theorist Manuel Castells calls “networked individualism” – a planet much more connected but also far more individualised than before. One person’s “community values” (which South Africa’s proposed regulations claim to be protecting) may not be the same as their neighbour’s.

This may always have been true. But our willingness to accept the judgements of broadcasters or state censors as to what those values are may be in decline – a throwback to a more paternalistic age.