CES 2015 promises a better life through smart devices. Are we ready to believe it? 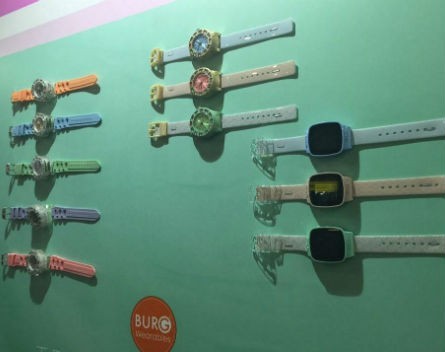 The annual consumer electronics show running in Las Vegas this week has highlighted what Industry at least, believes is our technology-enabled future. This year, it seems to lie totally with the move from computers and mobile phones, to the Internet of Things. What this effectively means is that every electronic device we currently interact with, becomes “smart” by getting a computer chip and a connection to the Internet. Those chips in turn, can respond to sensors, communicate with other devices, and control the devices they are embedded in.

This year’s CES 2015 has mainly featured electronic smartness moving into cars, onto our bodies as wearables, and into the home, with Internet-enabled everything from power plugs to washing machines. The surge of interest from Industry in home automation in particular, clearly shows that they believe this is what we need in our lives. Samsung has pledged that by 2017, 90% of its products will be smart devices. They will also have a device called the SmartThings Hub that connects all of these devices, provides additional intelligence, and allows them to interact with each other and services on the cloud. This is a big bet for Samsung who last year started to lose its dominance in the smartphone market.

Along with the devices, company spokespeople have been trying to construct the narrative around why consumers will feel the need to pay a premium for a smart device in the home. The “Limitless Possibilities” outlined by SmartThings for example, includes automatically starting the coffee machine when you wake up.

This is hardly revolutionary or new. A patent for devices that brewed tea or coffee was granted as far back as 1902. Admittedly, a device like the Smarter WiFi Coffee Machine will allow you to start the brewing process from your phone, but this is hardly a massive advance on the basic functionality after 110 years.

Other “limitless possibilities” listed by SmartThings also fall short of convincing, reflecting what has been both already imagined, and even put into practice, for many years; automated lights, remote controls for air conditioners and heaters and home security that can be monitored remotely.

The other major challenge facing home automation even once people have imagined the possibilities and paid a premium for them, is the safety and security of these devices. In what was a warning shot for Industry, US Federal Trade Commission Chairwoman Edith Ramirez’s spoke at CES of the need to have security and privacy “designed into” Internet of Things devices from the outset. The FTC’s concerns were about the collection and use of private data, including the scope for carrying out data analysis on all of the data collected by the devices. Even if the companies offering smart devices didn’t use this data inappropriately, just collecting it poses a risk of others getting hold of it through what seems like all-to-frequent hacking. Ramirez also expressed concern about the inherent security of the devices themselves, leaving them open to access and control by hackers.

Companies like Bitdefender are trying to address the security issue by creating a hardware device called Box, that seeks to protect Internet of Things devices in the home. Although a good start, it only serves to increase the cost and complexity of implementing smart devices in the home. Consulting firm Accenture has reported that 83% of consumers have experienced difficulties in setting up and using smart devices. They also reported that 25% of smart thermostat owners found it too difficult to use.

CES 2015 is a showcase of what products Industry believes we will be buying in the near to short-term future. In some cases, these are easy bets as consumers are given no choice. Cars will come with better mobile device integration and increasingly with direct connections to the Internet. In other cases, consumers will ultimately decide if a technological strategy will succeed. In the case of past CES events, failed Industry bets included 3D televisions which didn’t prove popular with the public.

Of course there are situations where home automation may have a role including making daily life easier for those who have disabilities, or for people who are caring for the elderly. Whether it permeates into everyday life however is a long bet and there is still not a compelling argument for surrounding ourselves with Internet-enabled devices.

On a personal note, my Samsung air conditioning units are Internet-enabled and can be controlled remotely from my phone. However, other than showing people how I can access them when I am away from the home, I have rarely thought to use that functionality in the past year. But perhaps this is because I am incapable of thinking of the “limitless possibilities” this capability brings.