Coalition wins federal election: What next for start-ups 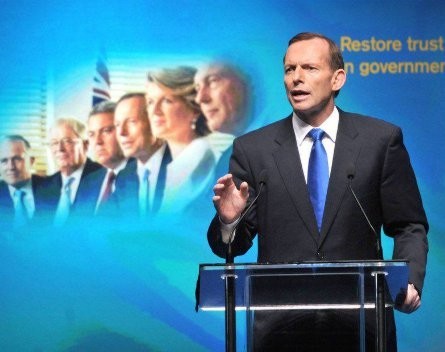 The election is over. The Coalition has won. Now what does it mean for Australia’s start-up sector?

It’s something that’s been picked up on by members of the start-up community who are wondering what attention their industry will attract now that Australia has a new government.

Dean McEvoy, who launched Australian group buying website Spreets.com.au, published on his blog an open letter to Coalition broadband spokesman Malcolm Turnbull last week highlighting the opportunity around start-ups that “at the moment nobody appears to own”.

“There is an opportunity with the right incentives to inspire a generation of technology entrepreneurs,” he wrote.

His letter was supported by other leaders in the start-up community, with Pollenizer co-founder Mick Liubinskas commenting that “supporting start-ups shows real leadership”.

Blue Chilli co-founder Sebastien Eckersley-Maslin added: “Thanks for the open letter Dean and I agree that we have a golden opportunity to support the emerging economy and again draw attention to the report by PwC on the impact this industry can have on the Australian economy if the sufficient support is done correctly now.”

At the Coalition’s e-government and digital economy policy last week, the policy document recognised that “policies encouraging innovation, funding research and providing incentives for entrepreneurs are very important over the medium term in developing a more sophisticated economic base”.

In April this year, a report by PricewaterhouseCoopers, commissioned by Google, said Australia’s tech start-up sector had the potential to contribute $109 billion, or 4% of gross domestic product, to the Australian economy and 540,000 jobs by 2033 “with a concerted effort from entrepreneurs, educators, the government and corporate Australia”.

The Coalition’s policy said that while a vibrant start-up community would be very encouraging, “there are limits to the capacity of governments to will this into existence, and, even if they could, it would not be material to the broader economy for years”.

When StartupSmart asked Coalition communications spokesman Malcolm Turnbull’s spokesman for its policies relating to start-ups, we were referred to speeches Turnbull had made earlier in the year.

Turnbull told the Kickstarter conference in February: “What we really have to do is to make sure we create an environment and some judicious support whether it is by way of R&D (research and development) concessions or supporting venture capitalists; we’ve got to make sure that what we are doing is really supporting you and your counterparts around Australia because you are the future of the industry.”

He also said the Coalition was committed to making it easier for businesses to get on without excessive regulation and has pledged to cut the cost of red tape by at least $1 billion for each year it is in office.

The start-up sector’s wishlist for the election included action on employee share scheme arrangements by making them simpler and their tax treatment more start-up friendly, more early stage funding available for start-ups, and a focus on educating more computer engineers.

A review is underway into employee share schemes, with incoming Treasurer Joe Hockey saying in July that the Coalition would consider making changes.

StartupSmart also asked a spokesman for Coalition industry and innovation spokeswoman Sophie Mirabella for a list of policies relating to the start-up sector, but didn’t receive a response.

The Coalition has also pledged to protect medical research funding and provide “long-term” policy stability and that there needs to be better links between government, business and research institutions.

With the election now over, and the business of governing now in the Coalition’s hands, the start-up community will be watching closely to see what changes, if any, come to help their sector.