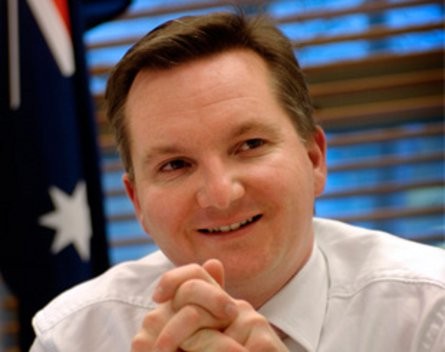 Chris Bowen has resigned as the federal small business minister – the fifth person to hold the job since Labor came to power in 2007 – as the fallout from the aborted leadership spill continues.

In a press conference this morning, Bowen said that he was quitting the cabinet due to his support for Kevin Rudd to return to the prime ministership.

Bowen was minister for tertiary education and skills, as well as small business. He moved to the portfolio in February, shifting from his previous role as immigration minister.

Prime Minister Julia Gillard, fresh from surviving a bizarre leadership spill that didn’t see a vote cast yesterday, will now have to appoint her fifth small business minister in 15 months.

Council of Small Business of Australia said it was “extremely disappointed that we will once again have a new small business minister.”

Peter Strong, Executive Director of COSBOA said today “We must have a real focus on the small business community.”

“The constant changes in the position of Minister for Small Business adds nothing to our health and to our business planning. There are over 2.5 million in small business, we employ almost five million other people yet we do not get the attention we deserve. This must change.”

Bowen’s resignation was widely anticipated in political circles due to his backing of Rudd.

He voted for the return of Rudd to the leadership in the February 2012 spill and maintained his support amid farcical scenes yesterday when a leadership spill was called, only for Rudd to refuse to run, leaving Gillard unopposed.

Bowen told reporters this morning: “Last night after discussing the matter with my wife and friends I decided to resign from the Gillard cabinet.”

“I informed the Prime Minister of my decision this morning.”

“I took the view that Kevin Rudd stood the best chance of leading Labor to election victory. We’re in a tough situation. We’re the underdogs, but no election is unwinnable, or unlosable.”

“I say to everybody that this matter is finished. I believe that to be the view of all of us who supported Kevin, and the view of Kevin himself. (Gillard) thought my resignation was an honourable decision and she accepted the resignation.”

Since winning the 2007 federal election, Craig Emerson, Nick Sherry, Mark Arbib, Brendan O’Connor and Bowen have all held the small business portfolio, with the latter two elevated to the cabinet.

The federal opposition, as well as business lobby groups, have raised concerns over the number of ministers who have held the portfolio, claiming that small businesses were suffering from a lack of continuity in the role.

In a statement, Bruce Billson, the shadow small business minister, said: “Small business needs a stable and reliable ally in government but they haven’t got anything like that under Labor.”

“Despite employing almost half the private sector workforce Australia’s small businesses are an after-thought by Labor.”

“This revolving door of small business ministers under Labor adds insult to the economic injury the government has inflicted on small business.”

“As a former small business owner, I would be thinking twice before hiring someone who had five jobs in 15 months.”

“There is no way a new minister can get around the complex challenges that small businesses face to form a substantial policy ahead of the next election, which is a sad outcome for the hardworking people who make up small business.”

“While claiming ‘achievements’ as a minister, not once did Chris Bowen mention small business in his resignation speech, which shows Labor doesn’t care for the sector.”