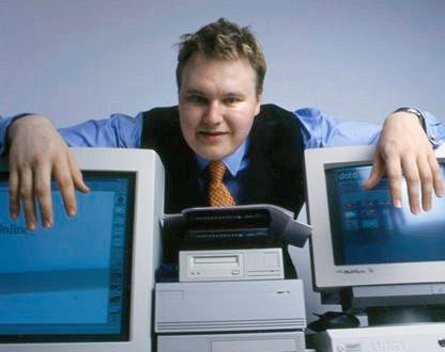 Controversial tech entrepreneur Kim Dotcom has announced the formation of a new political party, known as the Internet Party, ahead of New Zealand’s next general elections in September.

German-born Dotcom is best known as the founder of the controversial file sharing website Megaupload, for which he was indicted in the US on charges relating to piracy.

Since then, he’s gone on to launch a new venture, a highly encrypted cloud storage service called Mega.

However, Dotcom is far from the first tech figure to turn to politics – with some having more success than others.

StartupSmart looks at five other high-profile tech figures from the tech world who have gone on to their hand at politics – often with mixed results.

Should Dotcom’s party get off the ground, his political career will inevitably be compared with that of Julian Assange.

Assange is best known as the founder of whistleblower website Wikileaks, along with a long-running series of court cases relating to rape allegations in Sweden. Since August 2012, facing the threat of arrest, Assange has been granted asylum in the Ecuadorian embassy in London.

After being granted asylum, Assange announced plans to form a Wikileaks political party. The Wikileaks Party contested the 2013 federal election, but only received 0.66% of the vote.

A far more successful minor party campaign was run in the US by Texan tech entrepreneur Ross Perot.

Perot got his start in the tech industry all the way back in 1962, when he launched an information technology equipment company called Electronic Data Systems. Perot eventually sold the company to General Motors in 1984, which in turn sold the company to HP in 2008.

It was around the time of the sale to General Motors that Perot met another young tech executive named Steve Jobs. After being ousted from Apple, Jobs had launched a new tech startup called NeXT, and Perot decided to make an investment.

The products Jobs’ company developed included an operating system called NeXTStep, which would eventually form the basis of Mac OS-X and iOS after Jobs returned to Apple. Perot also sold another venture – Perot Systems – to Dell in 2009 for $US3.9 billion.

Of course, these days, Perot is best known for standing as an independent third candidate in the 1992 US presidential election against incumbent George Bush Snr. and Democratic Party candidate Bill Clinton.

The Texan stood on a platform combining a mix of policies mixing positions traditionally advocated with the left and the right of US politics. For example, Perot advocated a balanced budget, a tough stance on drug policy and opposition to gun control. However, he also advocated in favour of abortion rights, protectionism, an end to outsourcing and a strong Environmental Protection Agency.

Perot ended up winning 18.91% of the vote, an incredible result for an independent presidential candidate in the US. He stood a second time in 1996, picking up 8% of the vote against President Bill Clinton and Republican candidate Bob Dole.