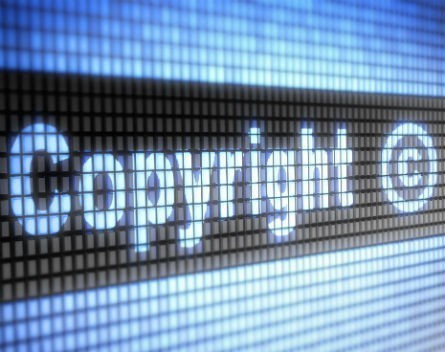 Our online privacy is constantly under threat. Our activities on the internet are monitored for a variety of reasons and our human right of privacy is often pitted against other human rights like freedom of expression.

Such situations require an appropriate balance to be struck, and there are signs of privacy gaining ground. But there is one interest that always seems to trump privacy: the financial interest protected by copyright.

Only yesterday the Federal Court of Australia ruled that a group of internet service providers (ISPs) are required to disclose details of almost 5,000 of their account holders to a Hollywood studio. The individuals in question are alleged to have illegally downloaded the movie Dallas Buyers Club over the internet without permission.

The dispute arose when the copyright holders of Dallas Buyers Club, Voltage Pictures, hired a German firm to identify individuals illegally sharing the film online. They subsequently identified 4,726 Australian IP addresses they associated with the sharing of the movie via BitTorrent.

When a group of Australian ISPs refused to disclose the personal details of their users to the US copyright owners, the copyright owners sought the assistance of the courts by filing a “discovery application”, a tactic previously applied in other parts of the world.

The rules about legal ‘discovery’

This issue went to the heart of the court proceedings. The judge – Nye Perram – acknowledged that, to meet the requirements of the relevant provision of the law (Federal Court Rules 7.22), it was necessary for the copyright owners to satisfy the court that the ISPs know or are likely to know the identity of the prospective respondent. Ostensibly, this is the person or persons who infringed copyright.

However, through what can only be described as a legal contortionist show, justice Perram managed to read the relevant law to mean something different to what it says, so that the discovery sought by the copyright owners could be allowed after all.

The problem is obvious: where the law is bent and twisted to such a degree, it will never be straight again. And where the law does not mean what it says, it is a failure.

Such handling of personal information is only lawful where it is authorised under the Privacy Act 1988. Yet this matter was not even mentioned in the judgement.

Instead, justice Perram saw the privacy aspect as properly disposed of merely by imposing a condition that the copyright owners only would be allowed to use the personal details of the relevant 4,726 Australians for the purpose of recovering compensation for the infringements.

As this restriction does not require anything that is not already required under the Privacy Act 1988, it does not really soften the blow to privacy that this decision represents.

1. How will the copyright owners choose which internet users they place under surveillance?

2. Is there a risk that the personal information collected by the copyright holders will attract hackers as happened in France?

The groundwork for a judgement hostile to privacy like this was laid down already in 2011 by the High Court of Australia in another anti-piracy dispute. In the context of that case, the Australian Privacy Foundation had filed a “friend of the court” brief (amicus curiae) seeking to draw attention to the considerable privacy concerns that arise where ISPs are forced to reveal customer information to copyright owners. However, the High Court took no interest in the privacy angle.

The concern for the future is obvious. With a precedent like that set by justice Perram, monetary copyright interest are given a carte blanche to continue to trump our fundamental human right of privacy, with increased online surveillance as the tragic consequence.