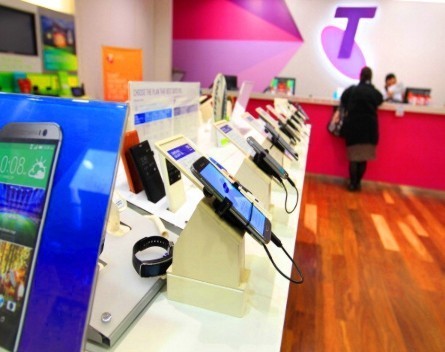 Telstra’s plans to rollout Australia’s largest Wi-Fi network over the next five years involves asking existing customers to allow part of their broadband connection to be used as hotspots.

More than two million new hotspots are planned as part of the A$100 million-plus strategy to increase broadband connectivity in the places that Australians live, work and visit daily. The first 1,000-hotspots will go live before Christmas.

But only two years ago Telstra shelved its plan to build a 1,000 hotspot Wi-Fi network, citing a lack of profitability and a clear customer preference for 3G connectivity.

So what has changed?

The continued uptake of smart phones, tablets and other mobile devices, and the increasingly central role these devices play in social, economic and political life, is generating a phenomenal demand for wireless data.

This is outpacing the development of cellular network capacity and creating congestion and reduced service quality on these networks. Telstra’s interest in developing a Wi-Fi network to offload some of this data traffic mirrors that by its international counterparts.

The fundamental role that wireless communications now play in contemporary life has also translated into government interest in the provision of public Wi-Fi as civic infrastructure. Governments are well placed to do so since they control assets, such as light poles, on which the large number of low-range Wi-Fi access points can be mounted.

While Telstra will make use of some of its own assets, such as public pay phone booths, it is seeking to establish hotspots in partnership with governments. This will spread the cost of provision, but Telstra are also undoubtedly keen to maintain some control over public Wi-Fi developments to make sure it reduces cellular congestion without cutting into its existing revenue streams.

Telstra has also developed a business model that it believes will make sure Wi-Fi becomes a profitable revenue stream. Use of Wi-Fi hotspots by Telstra’s contracted home and business broadband customers will count towards their already monetised bandwidth allowance.

Those without Telstra home broadband services will pay a fee to access the hotspots, the pricepoint of which will likely be structured to facilitate casual use but encourage regular users to consider signing up to Telstra broadband.

Compelling as these reasons may be for Telstra to dip back into Wi-Fi provision, shareholders might be forgiven for worrying that the rollout of two million hotspots is an overcommitment, and one that will present similar headaches to those faced by NBN Co. But they should fear not, as Telstra will build just 8,000 of these hotspots, with the majority actually rolled out by Telstra’s customers themselves.

A Fon on your Wi-Fi network

A fascinating aspect of Telstra’s plan is its partnership with the European-based bandwidth sharing enterprise Fon. Telstra hopes that two million of its customers will follow the lead of Fon users around the globe and make part of the bandwidth they purchase for their home or business broadband service available to other users.

So what is Fon, and are Telstra’s plans feasible?

Fon was established in 2005 by Argentinian entrepreneur Martin Varsavsky. The company is headquartered in Spain, a country with a significant history of community wireless activism, such as guifi.net.

Despite affectionate references to its community of “foneros”, Fon has moved some way from its cooperative roots. Backed by some heavyweight venture capitalists, Fon broke even after four years of operation.

The company has been signing exclusive deals with foreign telcos like Telstra as a means of rapidly expanding its international hotspot network. The company now claims to have more than 13 million Fon spots worldwide. These will be available to Telstra customers through the deal.

Fon’s bandwidth-sharing scheme is not unique, but its scale and ambition sets it apart. Commentators have been intrigued by the company’s evolving blend of user-generated and commercial elements.

But its service model – which concentrates provision in private homes and residential areas – has been criticised for its variable accessibility and reliability.

This concern would seem to be amplified in the large spaces of Australian cities.

How many of the projected two million hotspots will be in low density neighbourhoods where Wi-Fi signals may not extend much beyond the front gate, or where there is little passing foot traffic? Will lingering outside houses to utilise the network boost commitment to the sharing economy, or arouse suspicion?

Such suspicion will hardly be allayed by Fon’s unfortunate description of non-sharing network users as “aliens”.

Telstra, then, will be tasked with boosting provision in commercial and tourist areas, and identifying incentives for householders to sign up and share.

Who benefits from the deal?

Fon is aiming to build its global community but its business is currently concentrated in Europe, North-east Asia and South America. An alliance with Telstra brings Fon into the Asia-Pacific region. Partnering with major telcos may also help counter criticism of Fon’s reliability.

The new hotspot network will provide a new platform for Telstra customers to access bandwidth from their home broadband plan and, depending on pricing and performance, may provide cost effective internet access for non-customers.

More generally, roll-out of the network is likely to expand commercial Wi-Fi coverage in Australian cities, and may promote innovation and further technical development.

Chris K Wilson and Mark A Gregory do not work for, consult to, own shares in or receive funding from any company or organisation that would benefit from this article. They also have no relevant affiliations.