Dating website OKCupid admits to ‘experimenting’ on users: When is it OK to use your customers as lab rats? 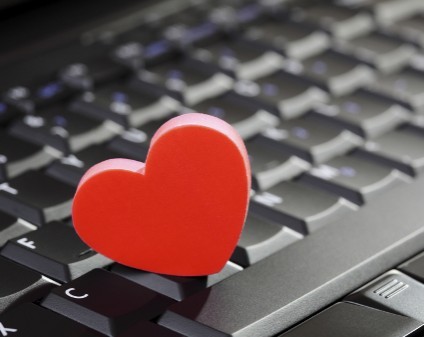 All is fair in love and war, according to online dating service OKCupid, which this week owned up to “experimenting” on its users.

Just weeks after a research project involving Facebook’s manipulation of users’ news feeds caused a stir, the US-based service, which is also available in Australia, said it regularly uses user experiments to update and improve its service, going as far as telling some users who recorded “bad matches” of around 30% compatibility that in fact they were 90% compatible.

“We noticed recently that people didn’t like it when Facebook ‘experimented’ with their news feed,” said Rudder. “Even the FTC is getting involved.”

“But guess what, everybody: if you use the internet, you’re the subject of hundreds of experiments at any given time, on every site. That’s how websites work.”

While OKCupid users sign an agreement when they register for the site which specifies “personal data may be used in research and analysis”, Ben Neville, a senior lecturer in management and marketing at Melbourne University, told SmartCompany consumers will decide if companies are ethical based on their motivations, how they undertake an action, and the outcome.

“It could well be that their motivations were fine, even if they did not go about it the right way, if they were motivated to improve the computational algorithm they use for their site so that, ultimately, the outcome was to improve the service,” says Neville.

But Neville says the way in which OKCupid revealed the experiments was “a little bit flippant”.

“They should recognise that although there might be an excuse because the motivation was fine, it is ethical and polite to be upfront with your customers,” he says.

“They could so easily have a notice on their website that says, ‘from time to time, we will run experiments to improve our service”.

Neville says if businesses are seen “not to care about their users’ consent, then the users will start to question if they care about the outcomes”.

“They’ll ask: is this just another money-making venture?” he says. “Could it be that if they provide users with matches that don’t work, does it keep these people in the system longer and make them more money?”

Neville says the revelation also highlights “quite an interesting generational divide” in terms of the information consumers share online and what they expect companies to do with that information.

While he says Gen X and older generations have some scepticism about the use of their personal data by social media giants like Facebook, Gen Y are more willing to “trade off” the ability to use the platforms with the knowledge that the companies will use their data for commercial purposes.

However, Neville says it’s important for businesses to understand the importance of trust “as a commodity” with consumers.

“It is something that is lost so quickly, but it’s such an easy driver of repeat business,” he says.

While Neville says there will always be companies such as Facebook and OKCupid which “push the boundaries” of what is acceptable, the better option is to “take into account the wellbeing of your customers”.

SmartCompany contacted OKCupid but did not receive a response prior to publication.