Dial M for a parrot: Facebook’s virtual assistant put to the test 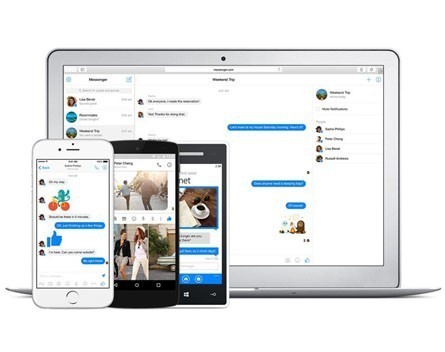 In a small pocket of the San Francisco Bay Area, Facebook is busily testing a new “superpower”.

The social network’s virtual assistant M is being put to the test, completing tasks from delivering flowers to booking Star Wars tickets.

The concept was only announced recently, but Facebook is already hard at work developing and honing the technology, utilising a band of human trainers to help M along the way, as Wired reports.

Unlike other virtual assistants, such as Siri, M is being designed to be able to complete complex, multi-step tasks and be very proactive about it.

It’s been shown to be able to complete tasks very efficiently and just as well as a real person could, but there’s a good reason for that – most of the time it’s actually a human doing the legwork.

Facebook is training M by having real people look at its suggested responses and fix them up, in turn helping the AI to learn how to best help out.

As Facebook CTO Mike Schroepfer says, this isn’t a very scalable tactic, but it’s all about making sure the technology can fend for itself before unleashing it on the masses.

“We’d ultimately like to scale this service to billions of people around the world, but for that to be possible, the AI will need to be able to handle the majority of requests itself, with no human assistance,” Schroepfer says in a blog post.

“To do that, we need to build all the different capabilities – language, vision, prediction and planning – into M so it can understand the context behind each request and plan ahead at every step of the way.”

With a little help from its human helpers, M has already been shown to be able to take on truly unique tasks, such as sending a parrot to a rival journalist.

Buzzfeed News writer Mat Honan put M to the test, and proved it can handle very complex and wordy requests.

@kevinroose Let me know how it works out, will you? pic.twitter.com/CYSwskyxlR

Although a real person played a big part in this, Schroepfer says it’s about eventually giving people the “superpower” of having their own personal assistant.

“Some of you may look at this and say, ‘so what? A human could do all of those things’.And you’re right, of course — but most of us don’t have dedicated personal assistants,” he says.

“That’s the ‘superpower’ offered by a service like M: We could give every one of the billions of people in the world their own digital assistants so they can focus less on day-to-day tasks and more on the things that really matter to them.”

The most common time someone needs water softener salt in their home is when there is an excessive mineral build up in the pipes. That is not the only use for this type of salt, though, which means that if you are purchasing for home use you need to to some research before purchase.more