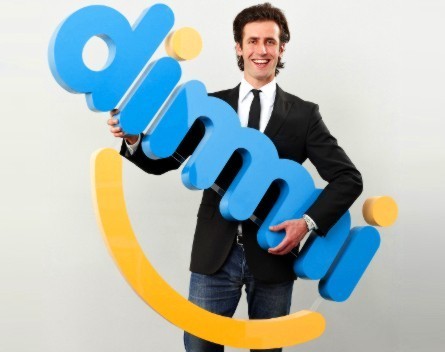 Restaurant booking startup Dimmi has released its mobile app, with chief executive Stevan Premutico telling Private Media Australians are increasingly choosing to book restaurants from their smartphones rather than their PCs.

“The thing we’ve seen is a significant shift from everything being done on PC to where 42% are now through mobile. Our response was, first, to release an iPhone app, with Android coming in the next two weeks,” Premutico says.

“I think Australians are focused on food when they’re out and about. People no longer want to think about food behind a desktop computer at work or at home.”

The apps include a number of key features from the website, which initially launched in 2009 and counts Telstra as being among its investors. These include 2500 of the country’s best restaurants, 1 million bookable tables and 500,000 verified diner reviews, along with expert reviews from Good Food Guide’s, Terry Durack, Time Out’s, Myffy Rigby and Gourmet Traveller.

According to Premutico, the apps will also allow Dimmi to do a number of things it can’t through its website.

“We chose to build our apps in-house. We were very particular about what we wanted, so we decided not to go through an agency. Instead, we recruited a couple of the country’s best engineers,” he says.

“It’s all proximity based, so the powerful thing is it knows where you are. So the secret of the app is it shows you nearby restaurants that have availability.

“Like Tinder you can quickly flick through the restaurants to find the one you want.

“The other thing we heard from our customers is that when they make a booking they want to share it on Facebook or by SMS. After all, you never eat alone. So we’ve made it very easy to invite people by social media, email and SMS.”

Over the coming years, Premutico says there are significant growth opportunities for Dimmi in the Australian market.

“Looking back at the past year, earlier this year we launched partnerships with Qantas and Trip Advisor for travellers from overseas, and in the past week we launched a partnership with Yelp. We are the first partner with Yelp for restaurant bookings outside the US.

“Dimmi handles 10% of restaurant reservations in Australia, and the rest is still done the old fashioned way, by phone.

“So in 2015, our focus is on three things. First, digitising restaurants, which means getting them to switch from using pen and paper to our platform. Second, to address the mobile opportunities with the new apps and some other exciting products. And third, we’re hoping to get a partnership with Tourism Australia.”