Do we need to concentrate on one city or build at a national level? 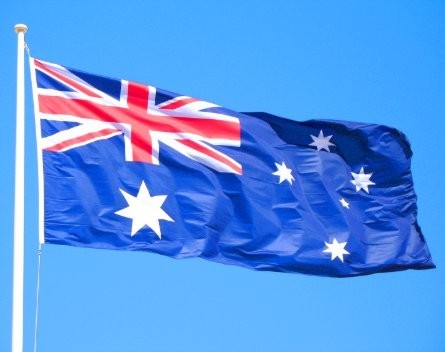 This is in response to Atlassian cofounder Mike Cannon-Brooke’s comments at Sydstart which sparked these discussions in Business Insider, on StartupSmart, a post by Startup Victoria founder Scott Handsaker, and this discussion on Twitter.

I’m a big advocate for city-based focuses, so I agree with Mike. But I would never say (and I’m pretty sure Mike never said) ‘at the expense’ of other cities. I’m saying the best thing for us all to do is focus on a city level, not a country level.

What I believe is that given our small startup industry and our huge country, it’s very hard to co-ordinate things on a national level, and when we try, it often ends up with a weaker result. Most of the federal programs have been shared out across the country for the last 25 years and the outcome is no single area really taking off. I think Startup Spring is a good example of this. It’s a great idea but hard to coordinate across so many cities and, of course, impossible to participate in it all.

In response to Scott’s post on StartupSmart, I think Israel is a good example of a place getting things right. Tel Aviv is the biggest city, with two growing satellite cities in Haifa and Jerusalem. But Israel is only twice the size of Sydney. You can drive the length and breadth in about two hours, so geographical size isn’t a big issue. (It takes three hours to drive from Wollongong to Newcastle).

Also, tech is 40% of the GDP of Israel and it took 20 years *(at least) of sustained investment before it was big enough.

On another point Scott raised, Boulder, Colorado, is fantastic and it’s mainly due to a small group of full-time entrepreneurs and investors (like Brad Feld) driving it hard for about five years. Apparently most of Boulder’s community is within walking distance. I’d be at Fishburners a lot more often if muru-D was closer and I’d have chats with Matt MacFarlane more if I lived in Perth. So it’s definitely nothing to do with size. If Broome was the tech capital of Australia, then I’m happy to move there.

So what do I want?

I’d like people who want to grow businesses or grow the ecosystem to either move to a city where they’d like to live or build as strong a local ecosystem as possible in the city they live. Everything that Brad Feld talks about in Startup Communities. Some will be harder than others, but size is certainly no barrier. I’d advise everyone to also try and find a focus, and that will be influenced by the city, the people and the opportunities – but hard focus is better than easy spread.

“Never doubt that a small group of thoughtful, committed citizens can change the world; indeed, it’s the only thing that ever has.” – Margaret Mead

Why focus on cities and not states or the whole country?

Almost everything to do with the early life of a startup, a community and an ecosystem is easier and stronger when there is proximity. I’m yet to see a communication tool that comes even close to being in the room with someone. This is true for co-founders, team members, advisers, mentors, investors and service providers.

The key mechanics for forming a relationship is time and frequency. The more time we spend together and the more often we do it, the more likely we are to understand each other and progress what we’re working on. If anything impedes these, then the relationship will grow much slower.

After working in the ecosystem for nine years, I know absolutely that convenience still counts for a lot. Asking people to cross the street is hard enough, let alone crossing the city – and crossing the country is massive. Yes, they do it but it’s significantly less likely and the reason has to be a big one. This applies to individuals and is multiplied for networks.

I spend time with someone, build a relationship with them and if I want to connect them to someone else in the same city then pretty quickly a strong network can start building. If I have to wait for the next time someone is in town at the same time, it’s going to grow much slower.

Eventually you hit a critical mass. You get big enough that the ecosystem runs itself. Plus, by this point, it has gravity. It attracts people, opportunities and capital. This is the point when media and the ‘mass market’ rushes in and declares you an overnight success. You sigh and lament about the 10 years it took to get it to this point. Ten years of hard work and relentless focus.

What I’m suggesting is not isolated, anti-Australian, anti-other cities myopia. We absolutely need connections to other cities, some people working on national level problems and strong connections overseas. I’m saying put most of the effort in locally until you hit a base of core strength. And we all have a way to go to reach that for the entire ‘stack’ of entrepreneurialism.

Like in a startup, rivalry is bad if you obsess on it and try to make the ‘competition’ worse to make you ‘better’. But if rivalry inspires you to be different, be focused, work harder and aim higher, then that’s great. Maybe if each city in Australia worked hard to be a global leader in one part of tech, then we’d have five cities in the top 20 in a few years.

Startups are hard enough without adding negative geographical rivalry into the equation. Make your own startup great. Help all startups and if you have a spare hour after everything, help a startup next to you (because that’s where I believe you’ll have the biggest impact) and if you get a chance to connect with startups in other cities – great, do it.

The other reality is that there is no city in Australia which is a big enough market to sustain a ‘locally’ focused business, and Australia itself is too small. So every tech business with ambition, no matter where it’s located, should be looking to global markets from day one.

Here is my take on Australian cities landscape. I know that it’s missing probably 90% of people who should be included, so please add that into the comments below. 🙂

The most value creation in the web world with Seek, Carsales, REA, Retail Me Not, Hitwise, Sitepoint, 99Designs, more than half of the capital I’ve raised over the last eight years has come from Melbourne people, at least three strong co-working spaces, a strong accelerator in AngelCube, strong leadership, lots of good events, Starfish, Scale, Squarepeg, MAP and a few other sources of capital. Media from StartupSmart. Events with PauseFest. No clear focus.

Lots of money available in mining and property that should diversify, small but highly connected and smart group, leaders like Matthew Macfarlane, Future Health for some diversity.

Mick Liubinskas is co-founder of Pollenizer, mentor/investor in Startmate and entrepreneur in residence for muru-D. Muru-D is currently accepting applications which have been extended until midnight tonight (Monday).