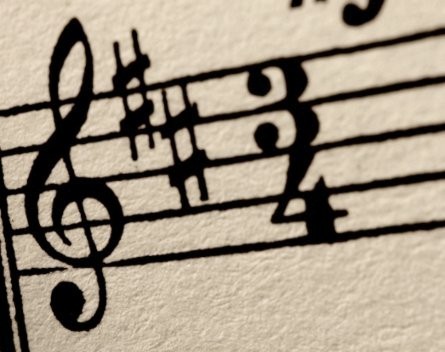 In the comments section of a recent column, your humble correspondent was called a “hipster”.

This was tremendously amusing, as yours truly has been called many things over the years – some of which are even publishable here. Yet a hipster? Now that’s a new one.

For one, Parts Unknown is many miles from the gritty urban core of any flatlander-filled major metropolis. Too much air pollution, traffic, crime and noise. Besides, does anyone really want to see the Taskmaster wearing skinny jeans while sipping a cafe latte? I didn’t think so.

Apparently, all it takes to be a hipster these days is a healthy dislike of “Twisted Sister, Ratt, Whitesnake, and Debbie Gibson”. Go figure.

Anyway, with that order of business out of the way, it’s time for another musical musing.

There’s a song stuck in your head – by that artist. You can’t quite remember what his or her name is, but you remember how that song goes. It has that catchy rhythm to it.

For a brief moment she, he or they were the biggest star in the world. But just as soon as they appeared, swearing their celebrity would last forever, it was gone. Forever.

At the same time, you have musicians who have never really had a truly massive mainstream pop hit. Despite this, they’ve slowly and painstakingly pieced together a large and loyal fan base that holds loyal year after year.

The classic example here is The Grateful Dead, but of course there are others. Artists like Frank Zappa, Arch Enemy and Kathleen Hanna are among the many examples. Prince through most of the ‘90s and 2000s was another. And Slayer has moved quite a few albums – and more t-shirts – without ever having a pop hit.

In this age of social media and content marketing, there are some perennial memes. More often than not, these seem to involve cats.

There are the viral one-hit wonders that appear on everyone’s Twitter or Facebook feed and email inbox. But just as soon as they appear, they’re gone.

Then there are the online quiet achievers. Through consistently interesting or relevant content, they build a solid online presence – often without a ridiculously viral hit.

The question to ask yourself is this: Do you really want a mega-viral clip? Do you want to be the Golden Earring of YouTube?

Or is slowly building a loyal, steady base of viewers or readers a better approach for your content marketing?

If it’s the latter, creating quality content consistently could be more important than creating viral clickbait.

Just a thought for the next time you listen to the greatest hit of Eddy Grant.

Get it done – today,