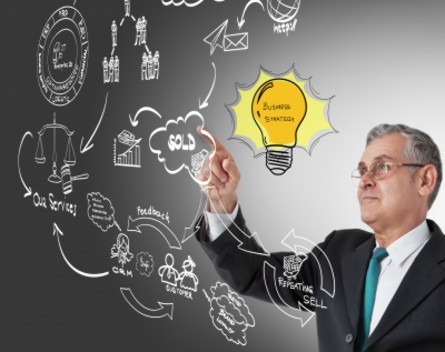 Start-ups have been urged to forge deep relationships with investors, after new research revealed widespread indifference among business backers for social media as an avenue to deals.

The research, conducted by market research agency Colmar Brunton, is based on a survey of 507 retail investors.

Colmar Bruton used its Investor Pulse panel for the survey, which consists of more than 4,000 Australian retail investors who own shares in ASX 100 companies.

The research reveals 54% of retail investors believe social media delivers “no real benefits” to investors when making their investment decisions.

Most retail investors continue to rely on traditional sources of information such as company annual reports, ASX filings and press releases.

However, 12-15% of investors rated social media as being highly influential, with 28% saying they contribute content and comments in social media and online platforms.

Meanwhile, 18% of retail investors plan to increase their use of social and digital media over the next year.

Phil Morle, co-founder of online venture builder Pollenizer, says start-ups have an opportunity to make themselves more attractive to investors by building up relationships on social media.

“The problem in Australia is that while there are lots of people interested in investing, they’re investing in ASX-listed companies, mining businesses, real estate and so on,” Morle says.

“That’s what they’re experienced at… That isn’t [reliant on] social media. These are highly coveted professional entities that are careful about their messages.

“In contrast to that, you’ve got what is the emergence of the early stage style of investing, with things like AngelList in the US… When you’re investing in early stage tech opportunities, you can’t rely on market forecasts.

“You have to understand something about the space and what other people are saying about it, so the social aspect becomes really important.”

Here are Morle’s top tips for gaining attention from investors via social media.

“Start sharing what you’re succeeding [at] and doing, so they understand your endurance capabilities as an entrepreneur. That’s a vital part of getting investment.

“Technology investors invest in people. An ideal way to get to know people is social media.”

“One thing that’s very good to do is look for companies like your own and ‘follow’ them like an investor, and see what they’re doing,” Morle says.

“Start following them on Twitter and see what conversations they’re starting… You’ll start to learn things about their approach.”

“One of the things we say to all our companies is it’s very important to get a presence on AngelList. Although it’s an American initiative, it is incredibly full of global investors and entrepreneurs,” Morle says.

“AngelList helps companies sculpt their behaviour to actively share traction and progress… and then project that on social networks.

“It helps people to see and learn what other entrepreneurs are doing.”