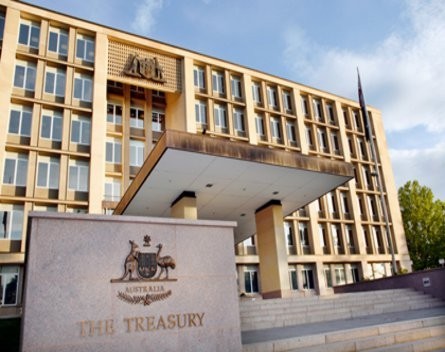 The first Abbott government budget, intended to address Australia’s “budget crisis”, will direct an array of spending cuts at the poorest without making a substantial advance toward surplus, amid a continuing weak economy, a deteriorating terms of trade and lower revenues.

Overall, spending will only reduce $10.2 billion in net terms over the next three years compared to MYEFO. Meantime, the government continues to face the same problem as Labor did: tax revenue has been written down, yet again, across the forward estimates. It’s not quite in the same order of magnitude as during the Labor years, but the government now expects to collect over $7 billion less than forecast in December before policy changes, despite promising an end to writedowns in a new, more cautious era of forecasting.

Bizarrely, despite Hockey declaring that MYEFO marked the end of the regular fiscal writedowns, the economy performing significantly better than forecast and revenue currently running ahead of expectations, the deficit for the current financial year is again forecast to worsen and, with just two months left this financial year, is forecast to reach $49.9 billion — despite Hockey claiming it would only reach $47 billion back in December, off the back of weaker (forecast) revenue and yet another rise in spending. This year’s deficit has now blown out twice on Joe Hockey’s watch since the Pre-Election Economic and Fiscal Outlook (PEFO) in August.

Savings will be primarily made from further cuts to foreign aid, a $7 GP co-payment, faster student loan repayment and cuts to Family Tax benefit payments driven by indexation pauses and a reduction in access for Family Tax Benefit B (rather than its mooted scrapping, which hasn’t happened).

But a range of Coalition friends will benefit from the budget — small and medium-sized companies will get a tax cut, arms manufacturers will enjoy a bring-forward of defence capital spending, and the school chaplaincy program will be turbocharged with a quarter-billion dollar injection and a slashing of accountability requirements. Moreover, the exorbitant cost of superannuation tax concessions will continue to surge, with Treasury predicting they will cost nearly $50 billion in 2017-18, up from just over $30 billion this year.

The main reason for the slow return to surplus is a flat economy; Treasury expects 2.75% growth this year (finally an acknowledgement that December’s MYEFO forecast was wrong) but back to just 2.5% in 2014-15, with unemployment again edging up to the level originally forecast for this year, 6.25%.

Petrol indexation will feed into higher inflation from this year on, but still within the RBA range; terms of trade next year will deteriorate, from -5% in MYEFO to -6.75% now; iron ore prices are expected to weaken, and nominal GDP forecast for next year has fallen further than from MYEFO (disclosure: some of us expected them to be revised upwards to PEFO levels), although this year will come out ahead of the MYEFO forecast.

The return to budget balance also relies on a shift in Treasury forecasting for out-years, with 3.5% now the projected level of economic growth in 2016-17 and 2017-18, rather than the 3% previously used in projections. Given Treasury’s expectations about the next couple of years, it feels a long way off.