ELECTION 2013: Where the parties stand on small business issues 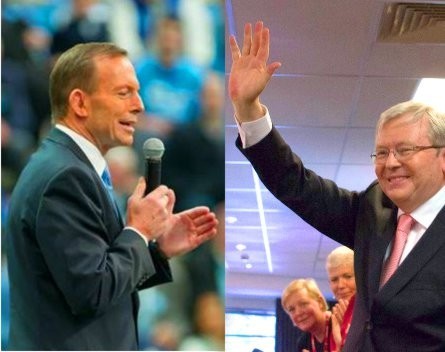 Business groups around the country rejoiced yesterday when Prime Minister Kevin Rudd ended the uncertainty surrounding the federal election and announced the country would head to the polls on Saturday, September 7.

This is an important election for small business. With a hung Parliament having been the order of the day for three years, SMEs have lamented the crushing uncertainty surrounding their businesses – many have put off investment decisions for years.

And this uncertainty has been exacerbated in the past few months.

With Kevin Rudd back at the country’s helm, several decisions have been made which affect how SMEs operate. The recent crackdown on Fringe Benefits Tax has seen at least two businesses forced to lay off staff.

But at the same time, a Coalition government has promised it would raise taxes on big business in order to pay for its maternity leave scheme. Not to mention the differing views on how the National Broadband Network would operate.

So what’s a small business to do? With just five weeks to go until the polls open, we here at SmartCompany thought now is a good time to have a brief look at where each party sits on the few major issues that matter to SMEs.

No doubt more policies will be announced in the next five weeks – but this is a good place to start.

So far the government’s IR policy has been to implement changes recommended from a Fair Work review last year. These have included tinkering with application dates, while also strengthening flexible working arrangements. There are not expected to be any major changes, although the government has said more recommendations are to be implemented – expect some of those to be announced in the next five weeks.

So far the Coalition’s major approach to industrial relations and Fair Work has been to challenge the government on enterprise bargaining and the vague notion of “productivity”. The Coalition is also campaigning on changing the circumstances under which industrial action can occur.

While Labor has a history over the past few years of lowering taxes, there’ll be none of that now. In fact, the car industry is reeling from the recent changes to Fringe Benefits Tax, and can expect further tweaks as the budget is brought back to surplus.

Not to mention the fact small businesses are still reeling from the decision to scrap the company tax cut that was promised back in 2010.

The other side aren’t much better. Although the Coalition is pledging to get rid of both the carbon and mining taxes – and Labor’s changes to the FBT scheme – a massive levy on big business will be used to fund the generous paid maternity leave program.

It’s often used as a buzzword, but the two parties are serious about getting rid of it. Labor has continued to promote its internal red tape hunt, releasing a press release in late July talking up its “ongoing agenda”. No doubt it will point to the nationalisation of several different schemes, along with the business names registration system, as examples of reducing unnecessary burdens.

The Coalition’s red tape policy is simple – it has a goal of saving $1 billion a year through cutting unnecessary regulations. Some of its measures include mandating departments to create dedicated units for red tape, and setting aside two sitting days per year for getting rid of redundant legislation.

There are no major changes to Labor’s broadband policy. The National Broadband Network will continue along its rollout strategy over the next several years, with fibre connections being available to every home.

The Coalition changed its tune earlier this year, saying it would accept the NBN if in power, but it would also make a big change – the network would be converted to a fibre-to-the-node model.

This would mean fibre connections would reach a “node”, and then individual homes would have to pay an extra connection fee to have the fibre extended to their homes. This cost would likely reach several thousand dollars.

While shadow communications spokesman Malcolm Turnbull says copper speeds will be sufficient for most, the information technology industry has largely disagreed.

Kevin Rudd’s recent decision to move to an emissions trading scheme a year earlier than planned has been welcomed by some business groups, but it comes at a cost. The FBT reductions were made to pay for the scheme. Under the ETS, businesses can sell off permits they don’t use.

While the Coalition has agreed to reducing carbon emissions, it prefers an active policy of paying businesses for reducing their carbon footprints.