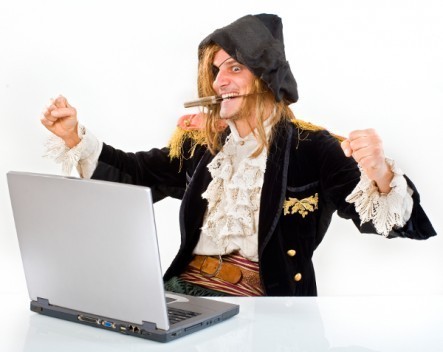 The academic publisher Elsevier last week filed a complaint against two web sites who it accuses of pirating its academic articles and other publications and offering them up to the world for free.

Elsevier is responsible for 25% of the world’s market for peer-reviewed academic publications published in journals that include The Lancet, New Scientist, LexisNexis, and Cell. It also provides a way for students, academics and other researchers to search for publications through a product called ScienceDirect which offers access to information and content of 2,500 journals and 26,000 book titles.

Of course, only organisations that license ScienceDirect can get access to these papers, normally universities and research institutes. Others have to pay on an article-by-article basis with articles costing around US $31.50 for each download.

In the normal process of research, academics may read a large number of papers which makes paying on a per-paper basis, prohibitively expensive. It is for this reason that people have turned to accessing pirated copies of these papers through sites such as the ones named in Elsevier’s complaint.

Elsevier allege that a website called Sci-Hub is using ScienceDirect credentials obtained through students and academics to access and copy pirated academic papers. It normally doesn’t track logons to the system and being on a network associated with a university is often enough to gain access.

People visiting the Sci-Hub site are presented with a search bar that carries out a search through a modified version of Google’s academic search site, Google Scholar. Linked articles are then fetched from the other site named in Elsevier’s complaint, called Libgen, or the Library Genesis Project. Libgen acts as a repository for pdfs of the articles obtained from ScienceDirect and other sources.

The majority of Libgen’s and Sci-Hub’s traffic comes from countries like Iran, China, Russia, Brazil, and India. Although the US originates the second highest amount of traffic for Sci-Hub.

Elsevier is seeking “injunctive relief”, costs and damages against the people and/or organisations running these sites. They claim that they have suffered, and continue to suffer, “irreparable harm” as a result of the actions of these sites. In practice, “injunctive relief” means the court ordering the take-down of the sites in question by whatever means possible.

This may prove easier said than done given that Sci-Hub is registered and operated out of St Petersburg, Russia, ostensibly by Alexandra Elbakyan. Libgen may be an easier target as their server is currently located in Amsterdam. Blocking domain names is only a temporary measure at best and it is extremely unlikely that they would be able to persuade the operator(s) of Sci-Hub or Libgen to turn up in court in the US.

One should possibly set aside too much concern over the irreparable harm that these sites may be causing Elsevier. Last year, Reed Elsevier, the parent company reported profits of $1.27 billion. Erik Engstrom, Reed Elsevier’s CEO was remunerated US $7 million in 2012. As in most instances of piracy, it is a fallacy to believe that those people who pirated content would have paid if that content was not available. In this case, they would simply have used the content that was openly available from other sources. So reasonably one would assume that it would be difficult for Elsevier to prove that they have suffered financially as a consequence of the piracy.

Elsevier has also become extremely unpopular with a large number of academics who argue that the license fees that Elsevier charges academic institutions are crippling and that Elsevier as an organisation acts against the free exchange of information. Over 15,000 academics have signed a protest against Elsevier through a site called the The Cost of Knowledge. Many of these academics are refusing to publish in, or perform editing duties for, Elsevier publications.

Pirate sites are not the only targets for Elsevier however. Academics have found themselves receiving take-down notices from the company for their own research made available on sites like Academia.edu.

One final irony of Elsevier’s actions is that its legal claim incorrectly names www.scihub.org in its opening paragraph. This site, ScienceHub, is not related to www.sci-hub.org and is actually a legitimate publisher of academic journals. They are presumably not going to be happy about the fact that they have inadvertently been enjoined in this action but neither ScienceHub, nor Elsevier’s lawyers DeVore & DeMarco LLP responded to requests for comment by the time this article went to press.

Update: (16th June 2015) Lawyers DeVore & DeMarco have clarified that the reference to www.scihub.org in the complaint was a typographical error. This original source of this report was TorrentFreak