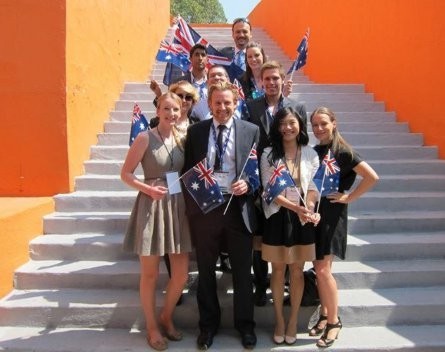 The Enterprise Network for Young Australians, a not-for-profit organisation that provides opportunities, training and support to young entrepreneurs, is facing funding issues as government and corporate support dwindles.

ENYA has previously been funded partly by government innovation grants and revenue from training programs.

The team will be rolling out a paid membership model in a few months, but Liddle says they need more support to deliver the services young Australian entrepreneurs need.

“We have the support of ANZ bank, but that’s really it. It’s not about handouts; it’s about supporting entrepreneurial groups that will enable the economy to thrive post the mining boom,” says Liddle.

“Start-ups grow better in a more fertile and better supported ecosystem,” he says, adding that greater support for Australian entrepreneurs is critical.

“To start a company, you don’t know what you don’t know. Yet you can jump in and just get started, with no qualifications. So the opportunity to get support, education and mentoring is priceless.”

Liddle was part of an ENYA delegation that pitched five initiatives to government ministers last month aimed at training and inspiring a new generation of entrepreneurs.

He says while the reception is always warm and they’re verbally encouraged, young entrepreneurs needed that to translate into support.

“Plenty of MPs tell us that they love what we’re doing, but none of that has converted into financial support. I hope it will convert,” Liddle says. “All groups that support entrepreneurship should be supported, not just with money but policy, too.”

The team at ENYA is currently planning for next year’s G20 Young Entrepreneurs’ Alliance event, which will be held in Sydney and focused on lowering global youth unemployment through job creation.

“It’s probably the biggest event for entrepreneurs to ever come to Australia,” Liddle says.

The event will cost around $1 million and be aided by a blend of corporate and government support, as well as the ticket prices for delegates.