Envato becomes the first Australian startup to release its diversity figures, encourages others to do the same 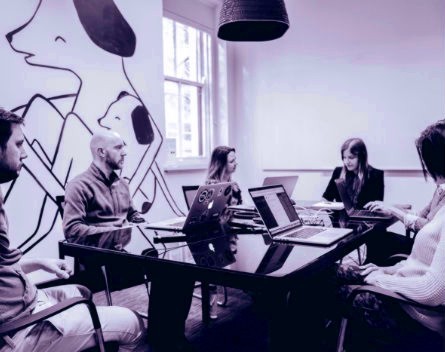 Of the company’s overall workforce, 71% are male and 29% female, with a similar divide in leadership roles, 72% of which are occupied by men.

The contrast is even starker in tech roles, with 93% of roles occupied by men. Women are considerably better represented in non-tech roles at 42%.

Co-founder and chief executive officer Collis Ta’eed says the company is actively trying to improve its diversity, and hopes one day the company can look back on the figures and see how far they’ve come.

“They’re not figures we’re proud of, but it fits our value of transparency,” he says.

“It also shows potential applicants that this is something that we take seriously, acknowledge we could be better, and not pretending we have got it all figured out.”

“I have an especially strong belief that diversity leads to better outcomes, the more varied the opinions in the room, the more different backgrounds and experiences at the table, the more likely you’re going to get the best answer. I feel like it’s about getting a strong team.”

When Envato examined its job application statistics, it found that only 5% of applications came from women. Ta’eed says in light of that fact, the company is rethinking the way it approaches recruitment.

Like Google, LinkedIn and Twitter before it, Envato admits there’s a problem and hopes the release of its figures will form a solid basis for meaningful discussions about ways to address to gender imbalance in technology.

It’s the furthest any Australian tech startup has gone so far.

Freelancer releases a small snapshot of diversity in its annual report, while 99designs and Campaign Monitor maintain a level of transparency by including photos of each and every one of their employees on their websites.

“I think it’s a broader issue than Envato,” Ta’eed says.

“But at the end of the day all we can really work on is our own backyard. But I’d certainly encourage other companies to take a transparent approach. It helps the conversation by providing actual stats so it becomes more than anecdotal evidence.”

Envato has implemented a number of policies to try and address its diversity problem. Late last year it created a dedicated group that brought together men and women from across the company called The League of Extraordinary Inclusiveness, which is working on ways to make Envato a more inclusive workplace. It was created after some of Envato’s employees pointed out the diversity problem.

“We have a culture of reflection built in,” Ta’eed says.

“Henry Ford said ‘I always get a brain when all I wanted is a pair of hands’. We’re the opposite, we want a thinking human; someone who actively wants to improve their work environment.”

Some of Envato’s initiatives include improving flexibility for employees, supporting events encouraging women to enter technology, encouraging staff to mentor women in technology, and rethinking recruitment with a focus on inclusiveness rather than closed network.

“Our very first employee was a software developer, a man, the next two were people that he knew and that trend carried on,” Ta’eed says.

“We primarily relied on the existing staff’s own personal networks, for better or worse, if they happened to know lots of women, it might have been a different story.