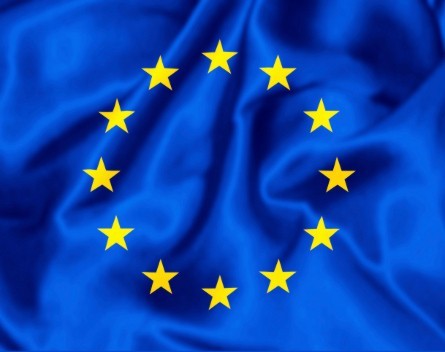 Europe has launched its strategy for a Digital Single Market throughout its member countries. The success of this strategy relies on the ability of European lawmakers and politicians removing barriers to digital trade and creating an environment to foster the growth in digital platforms and skills necessary to support a fast growing digital economy.

It is easy for others, especially the US, to see the Digital Single Market strategy as a pretext to regulate and restrict the popularity and pervasiveness of foreign companies like Google, Amazon, Facebook and Netflix. Certainly, the European Commission will need to demonstrate that its focus is more on enabling rather than simply protecting a future industry.

However, one of the central “pillars” of the strategy is to remove barriers to international online trade. This means removing the practice of “geo-blocking” which restricts content to certain countries, or places extra costs on those accessing these services from outside those boundaries. Achieving this will require a levelling between countries of their different regimes of value added tax, laws for consumer protection and copyright, and a host of other legislative and commercial idiosyncrasies.

Setting aside the hurdles of the Digital Single Market outlined in the agenda document, the largest real challenge is in the fact that 54% of e-commerce traffic in Europe is with services based in the US whereas only 4% of traffic in one European country is for a service in another European country. Creating a Digital Single Market is all well and good but if it mainly benefits US companies it is going to be far less strategic for Europe.

In the light of the dominance of US services in Europe, the fear held by the US that Europe’s Digital Single Market will essentially try and restrict this dominance are possibly not unfounded. The simple fact is that those firms succeed because that is what European consumers want. Making it simpler for those services to operate in Europe still has advantages to the EU because it enables firms like Amazon and Apple to operate more seamlessly across all of Europe, helping to keep costs down.

To truly benefit from the efficiencies of opening up the digital markets in Europe, what actually needs to happen is to apply this strategy globally. All of the points made within the Digital Single Market strategy are valid steps to removing barriers to online trade. The limitation of the strategy is that it stops at Europe’s borders, when the Internet that underpins the online world recognises no such boundary.

For a global Digital Single Market to be successful, in addition to the goals outlined in Europe’s strategy, there would need to be agreement on tax avoidance schemes that US companies in particular are carrying out when doing business globally. Ironically, these practices operate in Europe by leveraging different transfer pricing schemes between parts of their company set up in different countries. Allowing foreign multi-nationals to dominate in a local market is one thing but it adds insult to injury that tax revenue from business carried out in one particular country could be lost to another, or not collected at all.

Of course, the main aim of the European Commission in proposing the Digital Single Market agenda is to provide a platform that is conducive to surfacing digital entrepreneurs and growing new companies based in Europe. The entire world outside of Silicon Valley wants to emulate the success of that area by creating innovation centers that foster startups and the next Google or Uber. The trouble is that despite cities around the world trying to do this, they have so-far largely failed to bring together the ingredients that exist in California. At the heart of this though, it may simply be a case of not enough money being invested in seeding startups. Startups in London, which is considered the most successful of European startup locations, still only attract 6% of the funding amounts that startups in Silicon Valley do.

In the normal tech company life-cycle, successful companies produce a large number of wealthy individuals who not only have a specific set of skills in creating tech startups but have the money to invest either in their own projects or others. The conditions for this were driven by the opportunities created by stock markets and the insatiable appetite for tech stocks. Reproducing this elsewhere, is going to take time, money, an appetite for risk and the acceptance of failure. Unfortunately, none of that is part of the European Digital Single Market strategy. Whilst the aims of their agenda may be a good start, even if successful, it is still a long way from actually seeing any benefits result from it.