Ever regretted a drunken tweet? This Australian startup has a solution 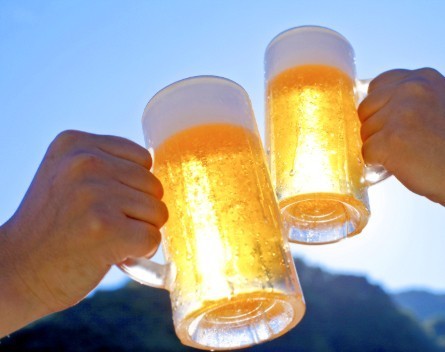 The startup allows consumers to audit their social media accounts. For a fee of $89.95, Social Check produces a report that scans an individual’s Facebook, LinkedIn, Twitter and Google+ accounts, including profile data and the last 10,000 posts. It searches for profanity, misspellings, posts with a certain tone, inappropriate content, and incomplete and inconsistent information.

It then gives that user a score out of 1000, based on comparison with peers and best practice, and provides recommendations on how to improve their “online personal brand”.

It’s common knowledge that one of the first ports of call for employers in the recruitment process is googling a candidate’s name. Founder David Griffiths says it was with this in mind that he launched Social Check.

“When I was growing up, I had it drummed into me how much that first impression matters, polished shoes, eye contact,” he says.

“Behaviourally, what’s happening now is first impressions aren’t occurring when you meet them face to face, it’s when people are looking at your LinkedIn, Twitter, or Facebook profiles, and it’s at that point when they decide whether we get to meet them or not.”

He says opting out of social media is no solution either, as increasingly companies are looking for people who embrace technology, are adaptive to change and can build and maintain relationships. Using social media well is an example candidates can use to meet such criteria.

It’s not just job hunters that Social Check is aimed at. Griffiths says Social Check will also give companies a way to get ahead of any social media scandals that might arise from their employees social media habits.

“(Social media) has occurred quite quickly, and most businesses only have a stick, an electronic communication policy where they say if you step out of line we’ll whack you over the head,” he says.

“There needs to be greater awareness and understanding of how you look online and what it might say about you.”

To help with this, Social check offers its customers content which includes recommendations, tips and tricks, to help avoid using social media in a way which damages their personal brand or their employer’s reputation.

Social Check launched three months ago and is in the midst of its first capital raise.

Griffiths was not willing to say exactly how many people are using the platform, but he says the number has been growing week on week and includes people from all over the world.

“This is a universal problem, it’s not unique to Australia and we’re getting about 80% of our traffic and business from elsewhere,” he says.