Everything you need to know about today’s Apple announcements 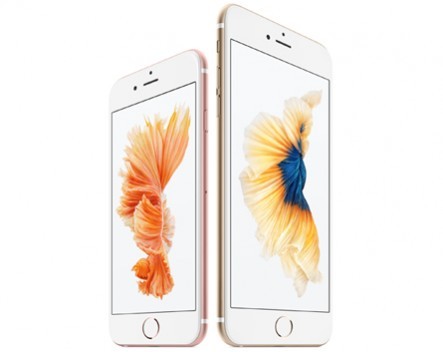 Apple has unveiled the most powerful iPhone to date at the tech giant’s conference in San Francisco this morning.

Chief executive Tim Cook told the crowd that Apple had made major changes to the latest iPhones despite them retaining the same look and feel as the iPhone 6.

“They are the most advanced smartphones in the world,” Cook said.

Product rumours have been swirling for months in anticipation for Apple’s big day, but now we finally know what the company has in store for its legion of fans.

Here’s everything you need to know about the latest Apple updates.

Today’s conference was always going to be about the latest iPhone, which forms the backbone of Apple’s product offering.

On the outside they look essentially the same as the iPhone 6, indicating that larger smartphones are here to stay, but it’s what is underneath the shiny aluminium that matters.

Expect users of the iPhone 6s and iPhone 6 Plus to have strong selfie game.

Another major drawcard for the new iPhone is what Apple is calling “3D touch” (is touch ever not 3D?) technology.

Essentially, this means iPhone users will be able to activate new basic commands based on whether they lightly tap an app or press slightly harder.

At the moment, lightly tapping on an app simply opens it.

With “3D touch” technology, pressing more firmly on an app will open a shortcut to that application’s most common task.

For example, pressing harder on the Gmail app will immediately open up a new email instead of simply sending you to your inbox.

Be sure to tuck in your elbows on public transport because the iPad is getting bigger.

The tech giant has described this new iPad as “epic”.

For all you illustrators (and baby boomers out there), the new iPad is also designed to work with the Apple Pencil.

“The innovative Apple Pencil and new Smart Keyboard enable users to customise their iPad Pro experience to the particular apps they use and the work they do, making iPad Pro ideal for everything from professional productivity to advanced 3D design,” Apple’s senior vice president of worldwide marketing, Philip Schiller, said.

It has been a long time since Apple has upgraded its set-top box – three years, in fact.

The new Apple TV will see Siri integrated more heavily with your television, meaning all you have to do to open Netflix is ask.

The App Store is also more integrated with TV, meaning you’ll soon be able to play your favourite iPhone and iPad games on a bigger screen.

Could Apple be looking to make game consoles redundant? Watch this space.

If you think it’s far too early for the Apple Watch to receive a few tweaks, think again. This is Apple we’re talking about.

Apple today unveiled the Apple Watch Hermes, which is basically just an excuse for an already fancy product to be even more fancy.

“Both companies are motivated by a sincere pursuit of excellence and the desire to create something that is not compromised,” Ive said.

“Apple Watch Hermes is a true testament to that belief.”

The Apple Watch Hermes will set you back $US1100.