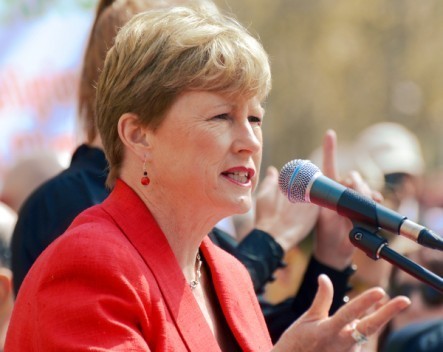 Taxation experts have warned against unilateral action on corporate tax avoidance, telling a Senate Economics Committee Australia should be proactive and show leadership in the OECD and G20 tax processes already underway.

The inquiry, initiated by Greens leader Christine Milne, is exploring tax avoidance and aggressive minimisation by corporations registered in Australia and multinational corporations operating in Australia.

Treasurer Joe Hockey has hinted that a diverted profits or “Google tax”, similar to that introduced in the UK is being considered by the Australian government.

However Richard Vann, Challis Professor of Law at Sydney University told the committee he was somewhat cynical about such a tax, suggesting it would collect very little revenue in the UK.

Professor Vann said the government was sending a “mixed message” to the multinationals that presented the biggest tax avoidance problem to Australia, by suggesting in the tax discussion paper that we needed to cut our corporate tax rate, and at the same time highlighting the problem of tax avoidance by multinationals.

“There are no simple single-country solutions, it does require coordinated action, he said.

“I’m not saying the diverted profits tax or something like it is a bad idea, but if everyone introduced one that would be a problem. They would all be different, they wouldn’t be harmonised and then we would have breakout.”

“Personally, I believe we should strive to fix the current system, particularly the transfer pricing regime.”

Transfer pricing sees multinationals make intra-company transactions, such as billing a subsidiary company, for the purposes of avoiding tax in higher taxing jurisdictions.

However Antony Ting, Associate Professor at University of Sydney, said while the ideal solution was international consensus, the US appeared to be undermining the OECD BEPS (Base Erosion and Profit Shifting) project.

“I think Australia should continue to support the OECD project, we will get something out of it, but we should also think about plan B.”

Advice from the Parliamentary Budget Office has suggested if Australia was to introduce a diverted profits tax it risked breaking international tax treaties.

But Professor Ting said it was possible for Australia to design a version of a diverted profits tax, different to that applied in the UK, that would not override international tax treaties.

Professor Vann disagreed that the US was undermining the BEPS project.

“The BEPS outputs are being designed very carefully to inoculate it against US inaction.”

He said for a country like Australia “staying within the pack” was a good strategy, with the caveat that we should consider the national interest of doing so.

Professor Vann said Australia should be pushing for the OECD and G20 to “keep the political census”, and give the ATO more resources to help it implement reforms agreed on at a multilateral level.

Professor Ting said the ATO was fighting an “unfair battle” with multinationals given it did not have the same amount of information about tax structures as the multinationals it investigates.

Professor Vann said even if Australia was successful at implementing the BEPS reforms it would be “doing very well” to get a billion dollars a year in additional tax revenue.

“The reason we collect so much corporate tax is because we have a lot of iron and coal and our corporate tax revenue is going to be dependent on the prices we get for our natural resources. That’s going to have a much better impact than anything that comes out of BEPS.”

Professor Sadiq said while the current tax regime had no basis for addressing morally wrong behaviour, it was clear appropriate taxes were not being paid in the location of the economic activity, and that current laws were inadequate and out of date.

“There is a lack of confidence in the corporate tax system and the public is calling for corporate social responsibility in relation to tax not just compliance with tax obligations. Unfortunately, very few corporations view tax as an economic contribution to public finances.”