How Uber and Airbnb are reducing their Australian tax bill 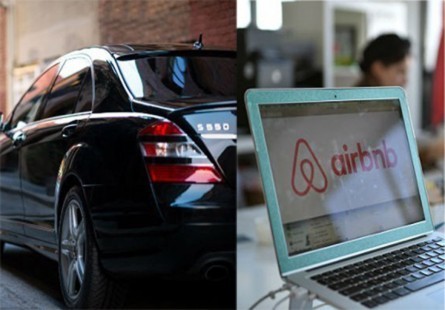 The current international tax regime was developed in the last century when the internet was not yet invented.

At that time, a foreign company would typically require a substantial physical presence in Australia before it could be in a position to earn significant amount of income from Australian customers. This is what’s known in the tax world as permanent establishment.

The concept of permanent establishment is embedded in most domestic tax laws as well as virtually all the 3,000 plus tax treaties in the world.

The recent hearings of the Senate inquiry into corporate tax avoidance made it clear the tax structures of Uber, Airbnb, like their older peers Google and Microsoft, are designed to ensure income from Australian customers is earned by a foreign company that does not have a permanent establishment here. The permanent establishment concept is not effective for today’s digital economy.

The most important asset of Uber is its digital platform that supports the app linking individual drivers and their customers. It’s unlikely this app was developed in the Netherlands. Despite this, Uber-Netherlands has the right to book income generated from customers in Australia.

For example, if a customer pays $100 for a ride in Sydney booked through the Uber app, the money is in fact paid to Uber-Netherlands. Out of the $100, Uber pays the driver about $75. The gross profit of $25 is booked in the Netherlands. This is so even though the transaction happens largely in Australia, including the driver, the customer and the ride.

Uber-Australia receives a service fee from Uber-Netherlands for its marketing and support services performed in Australia. The fee is determined based on the operating costs of Uber-Australia, plus a mark-up of 8.5%. The mark-up is effectively the taxable profit of Uber in Australia under its tax structure.

Airbnb-Australia is responsible for the marketing activities in Australia. It receives a service fee from Airbnb-Ireland for those activities, and the fee is again computed based on its operating costs plus a mark-up.

Comparing the tax structures of Uber and Airbnb with that of Google and Microsoft reveals striking similarities. It suggests that the appetite for tax planning is comparable between established and relatively “young” technology companies.

The common pattern: a parent company in the US establishes wholly owned subsidiaries in market jurisdictions (such as Australia) as well as in low-tax countries.

While the commercial reality is that all companies in a group are effectively one single enterprise, the tax law in general treats each company as a separate taxpayer.

On one hand, the Australian subsidiary typically is responsible for marketing and support services that have to be physically done in Australia, and earns a service fee on a cost plus basis. The amount of profits subject to tax in Australia is usually very small compared to the income generated from Australian customers.

On the other hand, intellectual properties – which are often the most important and valuable assets of technology companies – are located in low-tax jurisdictions such as Ireland, the Netherlands and Singapore. This structure allows those low-tax subsidiaries to book the income generated from customers in Australia, and effectively shields the income from the Australian tax net.

Action item 1 of the OECD’s base erosion and profit shifting (“BEPS”) project is “tax challenges of digital economy”.

Instead of relying on the BEPS project to resolve the issue, Australia has followed the lead of the UK and is in the process of introducing the Multinational Anti-Avoidance Law – commonly known as the Google tax – to address the issue. As the new law incorporates concepts that are new and untested, it is not clear whether it will be effective.

In any case, it’s important to remember that multinational corporations are very agile. They may replace their “avoided permanent establishment” structures to circumvent any Google tax or to incorporate new tax avoidance tools.