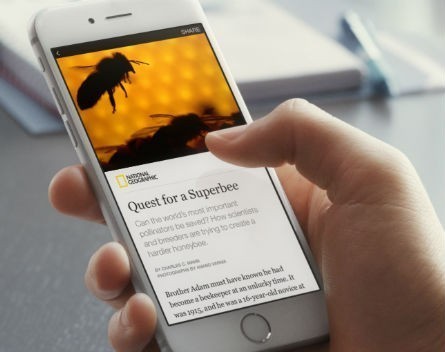 Facebook has taken a potentially bold step into the world of publishing by announcing “Instant Articles”. Instant Articles allows media companies to publish articles in a format that loads directly in a mobile user’s stream without launching a browser and navigating to the home site. Embedded videos play instantly and photos in the article can be panned when the mobile phone is tipped left or right.

With Instant Articles, users get a better experience when reading these types of articles and Facebook gets to keep the users within its app. In return, media sites keep ad revenue generated in this way and will also continue to get statistics of user access to the articles. On the surface, everyone should be happy.

Critics however, have interpreted the move as a step in the direction of Facebook exerting more control over content and potentially building its capabilities as a media company in its own right. The move, they say, leaves media companies exposed to potential censorship by Facebook and exerting other control over the content at some later point in time.

Perhaps what should be of more concern however, is the general belief that news presented to users in this way will serve to enhance the so-called “Filter Bubble”. This is where people are shown only news that generally agrees with their world-view, reinforcing existing biases and preventing people from ever getting a balanced view of the news. The Filter Bubble is a consequence of the algorithms that Facebook and others use to prioritise the stories that are shown in a user’s stream. Preference systems work to show users things that they like and are interested in and hide anything that they don’t.

Despite concerns that news presented on social media may skew what people see, the reality is that an increasing number of people get some, or all, of their news in this way, especially on Facebook. In the US, 30% of adults get news from Facebook and are increasingly interacting with that news, by sharing and commenting on it. For many media sites, Facebook is the largest external referral source of readers of their articles.

Possibly countering the argument that social media may provide a filtered view for users who access news in this way, is that it doesn’t stop them accessing news from other sites. 42% of people who consume news on Facebook also watch local television news, compared to 46% of all US adults who get their news predominantly in this way. Also, half of Facebook news readers report getting news on six or more topics. Of these topics, at the top of the list is entertainment news with news about politics and government ranked 4th.

Newspapers and cable news continue to struggle with declining user numbers, as people switch to local and network news.

Social media is changing the way that we discover and interact with news against a backdrop of a continued decline in readers of traditional newspapers and their online sites. The fact that users pick up on stories highlighted in a Facebook, or Twitter, stream is not particularly surprising as it simply represents a more convenient way of accessing things that are likely to be interesting to a reader and their social network. Specific stories can be picked out without going through a collection of other stories that are less, or no, interest to the reader.

As such, Instant Articles is not in and of itself a particularly revolutionary leap in how news is presented on social media. It is a technological improvement that makes the experience of reading an article more pleasant but will have minimal impact on how users consume the news. How that happens is already being determined by Facebook’s algorithms and the mechanisms for social recommendation.

Whether media outlets go to the effort of formatting their articles as Instant Articles is yet to be seen. It may be that they pick key articles but leave the bulk of what they do in the existing format.

This is an industry that is still on the whole largely conservative in how they approach technology and as with many advances in the past, they will likely, hedge their bets and hope they don’t inadvertently pick the losing number.