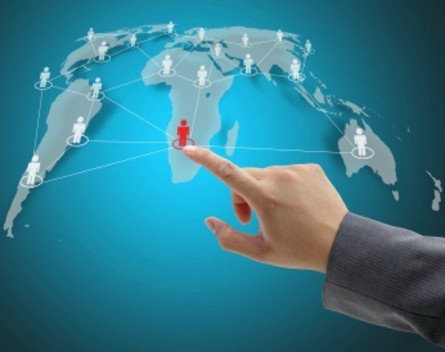 One of the biggest challenges small businesses face with social media is finding the time to actually using it. Most businesses never get around to developing a full social media strategy, opting to use just one platform (usually Facebook) or none at all.

Last week’s release of the annual Sensis Social Media Report revealed that just 30% of small businesses have a social media presence. Of this group, 88% are using Facebook.

(For a detailed review into how SMEs are using social media based on this research, read this article published on StartupSmart last week.)

With 95% of Australian social media users on Facebook, it’s a no-brainer that your business should have a presence here. It’s not even a nice-to-have anymore; it’s a huge opportunity missed if you don’t have a Facebook Page, especially if your business does B2C selling.

But there’s so much more to the social media landscape than just Facebook.

The following table taken from the report shows the breakdown of social media sites used in Australia by gender and age.

Quite often, Twitter is seen as the next priority channel after Facebook. But with 20% of all social media users on LinkedIn, this channel is clearly overlooked. All businesses – small and large – should be set-up on LinkedIn with a Company Page.

A Company Page allows you to post updates on behalf of the business, raise awareness of your brand, develop a follower community and showcase your products and services. For an added cost, you can also set up a Careers Tab on your Company Page for recruitment purposes.

OK, so I’ve said that pretty much all businesses should have a Facebook Page and a LinkedIn Company Page.

Now, what else? This really depends on your target market.

Instagram: This photo-sharing platform is hugely popular with 16% of all social media users uploading and adding filters to their photos of food, sunrises and selfies. The site is most popular with the under 30s, with a whopping 41% of 14-19 year olds using it. If this is your target market and your business has a visual element (think fashion, food and travel), then Instagram should definitely be considered a part of your social media marketing mix.

Twitter: 15% of social media users are on Twitter, with more males (19%) than females (12%). The site is popular across a broad demographic between 20 and 64 year olds. However, the most popular age group is 40-49. Twitter is definitely worth considering for a wider range of target markets, especially males in their forties. Given the short life of a tweet, it’s only worth pursuing if you have lots of regular content to share.

Google+: With 15% of all social media users claiming to be on Google+ it’s certainly not a social media network to sneeze at. However, with it’s largest demographic being the over 65 group (32%), I have to wonder whether our seniors had confused Google+ with the Google search engine.

According to the report, this channel is not worth pursing if your target market is under 30 years old, though it has a respectable 18% of social media users in its community between the ages of 30-49.

Pinterest: Last year’s social media superstar Pinterest has the lowest numbers with an average of 7% of social media users pinning. However, these numbers have been rapidly growing since the site first launched in 2010 and is largely dominated by the fairer sex (11% of females to just 1% males).

If your business has anything to do with weddings (think flowers, bonbonniere, decorations, etc), fashion or home décor, then Pinterest is a must for you.

What’s great about this insight is if you know your target market well, you are able to start building a strategy based on their social media habits and behaviour.

What social media channels do you use for your business?